Home » Cricket » Mushtaq Ali T20: Padikkal, Gopal and other players to watch out for

Mushtaq Ali T20: Padikkal, Gopal and other players to watch out for 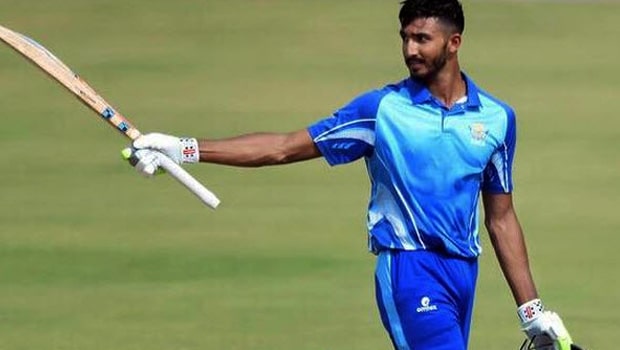 Karnataka will take on Haryana in the second semi-final of the Syed Mushtaq Ali Trophy at Surat on Friday. So let’s have a quick glance at some key players who are going to play important roles for their respective teams in the match.

Shreyas Gopal: The leg-spinner is Karnataka’s highest wicket-taker in the tournament with 16 scalps to his name at a superb economy rate of 6.61. Not only that, he has been striking at an interval of every 12.7 deliveries and that gives an idea about how lethal he has been with both his offensive and defensive skills.

Devdutt Padikkal: The youngster was the highest run-getter in the Vijay Hazare Trophy and has carried that form forward into this tournament also as he is the top run-scorer here as well with 461 runs to his name at a scintillating average of 65.85. These runs include a ton–a breathtaking knock of 122*– as well and that sums up how destructive he has been.


Harshal Patel: The Haryana all-rounder has scored the most runs and has also taken the highest number of wickets for his team in this tournament. Harshal has scored 340 runs for his side at a good average of 30.90 and has accounted for 18 wickets as well at an impressive economy rate of 6.87.

Sumit Kumar: He has supported Harshal well with his bowling. Sumit has taken 11 wickets in this tournament at an impressive strike-rate of 15.8, and his economy rate of 7.00 has been decent as well. He has bowled successfully during all stages of the innings and it gives a good idea about his adaptive ability.