Home » Cricket » My class is permanent, and I will score runs, says Dhawan after enduring a painful 2019

My class is permanent, and I will score runs, says Dhawan after enduring a painful 2019 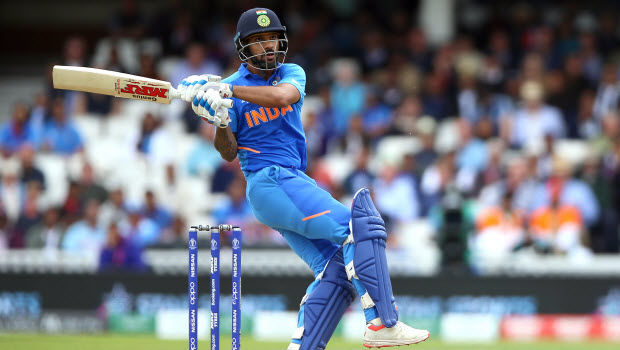 India opener, Shikhar Dhawan is ready to make a “fresh start” after overcoming Fractured finger, swollen neck, bruised eye and gashed knee and other related injuries. It means that his class remains permanent after overcoming his challenges. Dhawan will have to prove his mettle as he returns to the field.

The opener will be leading Delhi in their Ranji Trophy game against Hyderabad on his return from a knee injury; he picked up during the Syed Mushtaq Ali Trophy. The medical personnel of the tea had to fix the damage that required 25 stitches.

Dhawan who already know the game is a tricky lad. He will be playing alongside KL Rahul who is in imperious form in white-ball cricket.

Speaking on his return, he noted that it was indeed a fresh start for him after being bitten on the finger, neck, sustained a bruised eye and then having stitches on the knee.

He also expressed his delight that he is fit ahead of the new year is coming.

Delighted for his colleague, KL who is has done so well after grabbing his opportunity. He added that he is going to go and express himself, although no one has control over injuries.

The “happy go lucky” ‘Gabbar’, as he is fondly called, also noted that injuries are a natural occurrence that players have got to accept, but he is not creating a big fuss about it.

While noting that he is not affected by start-stop thing, Dhawan said he still remembers how to bat effectively, adding that his class is permanent and he will score runs. Speaking ahead of the clash against Sri Lanka in the T20I series, from which Rohit Sharma is taking a break, Dhawan said that it would be vital for him as all three (him, Rahul and Rohit) are available against Australia.

Dhawan who noted that it is a crucial season said he would like to perform well in the T20s against Sri Lanka, but the selection is support staff’s (team management) headache, and he believed they would do their job and he will do his.

The 34-year-old who is looking forward to scoring big runs had played the last of his 34 Tests back in September 2018 against England.

He will now be playing a red-ball game after a good 15 months. But the question is where do Dhawan chances lie in a star-studded team that has Rohit Sharma and Mayank Agarwal, who had already made the Test slots their own and Prithvi Shaw waiting for his next chance. Time will tell.