Home » Cricket » My father has been helping me with catching practice, says Wriddhiman Saha

My father has been helping me with catching practice, says Wriddhiman Saha 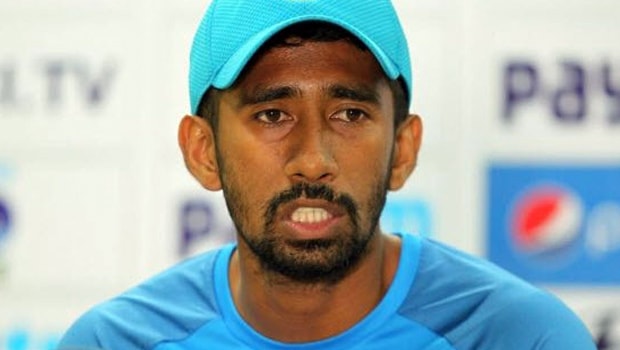 Indian cricketer, Wriddhiman Prasanta Saha, has revealed that his father, Prashanta Saha, has been helping him catch practice during the two-month lockdown.

Saha, who plays Test matches for India, has been keeping drills inside their spacious South City apartment.

During an exclusive interaction with TOI, Saha, who also plays first-class matches domestically for Bengal, said he has been getting help from his father, who is ensuring that his wicketkeeping hand-eye coordination remains top-notch.

While noting that hand-eye coordination drills are a must for keepers, Saha said he had been involved in a lot of exercises in his apartment, adding that he sometimes throws a softball against the wall and catches to get the feel.

He further stated that they practice inside their spacious flat, which gave him room to maneuver and catch as he can move sideways freely and catch.

He also stated that the enforced break was different from the time he nursed a shoulder surgery in 2018-19 because after the surgery, he couldn’t keep for months, but now he can and do what he wants and continue keeping his drills.

Speaking on the impact of lockdown on drills, Saha said he is not entirely out of touch during, but couldn’t run, which is the main thing. This is because he is restricted from doing it due to the coronavirus-enforced lockdown.

He also said that he is allowed to walk in the evenings inside his apartment complex, at least in order not to be entirely out of touch with running.

While stating that Nick Webb, the head of strength and conditioning coach of the Indian Men’s Cricket team had been in touch with the players with customized training charts, Saha, who also has some equipment can’t adequately perform a regimented exercise routine inside the apartment due to his young family.

Speaking on cricket games’ resumption, Saha is not sharing the same sentiment with coaches that have put a time frame of six to eight weeks for cricketers to return to competitive match fitness.

He said bowlers, and pacers would need more time to get proper running, hitting the lengths, and their pace back, which he said takes time.

Although he admitted that batsmen wouldn’t take that much time