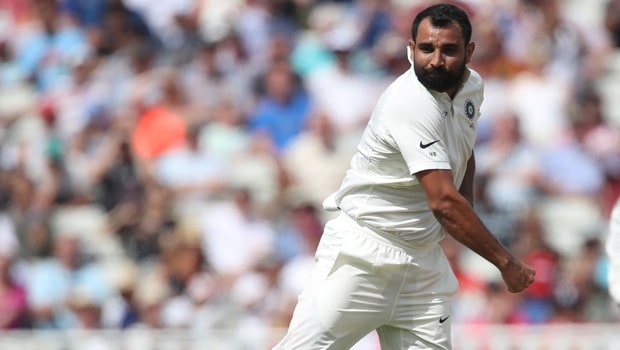 India’s gun fast bowler Mohammed Shami feels his impressive run in the recently concluded Indian Premier League has taken pressure off his shoulders for the upcoming series against Australia. Shami reckons his good performances in the IPL has given him a lot of confidence.

The right-arm fast bowler was right on the money in the IPL 2020 as he scalped 20 wickets in 14 matches at an average of 23. In fact, Shami grabbed the headlines when he defended five runs against Mumbai Indians in the Super Over to take the game into another Super Over.

Shami is well known for his accurate bowling in the red-ball version and he has done a fine job in the 50-overs format. However, Shami hasn’t had a great record in the IPL but he was able to turn the tables in the recently concluded season of the tournament.

In fact, it was not a major surprise that Shami was able to hit the ground running as he was training at his farmhouse during the lockdown.

On the other hand, Shami had a fine previous tour of Australia and he will be confident of repeating his success. Shami had scalped 16 wickets in the four Test matches back in 2018-19 and thus he had played a key role in India’s maiden Test series win on the Australian soil. Shami will look to replicate the same performances in the upcoming series.

“My performances for KXIP in IPL has given me a lot of confidence and put me in the right zone,” Shami told BCCI.TV on Saturday.

“The biggest advantage is that I can now prepare for the upcoming series without any pressure. There is no burden on me. I am very comfortable at the moment. I had worked hard on my bowling and my fitness in the lockdown. I knew that IPL would take place sooner or later and I was preparing myself for it.”

Shami will play a crucial role for the Indian team and it will be imperative for the team that he bowls at the top of his game. The right-arm fast bowler has all the experience under his belt and he will look to be at his best in the Test series.

Shami has scalped 180 wickets in 49 Test matches at an impressive average of 27.36. The 30-year-old is going to make a crucial partnership with Jasprit Bumrah and they both will look to hit the ground running against Australia.