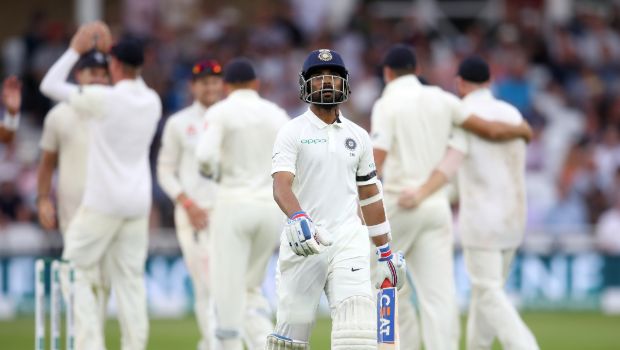 Ajinkya Rahane is happy to get back to his previous role and be Virat Kohli’s deputy for the upcoming four-match Test series against England.

Rahane had recently led India to triumph on the Australian tour as the visitors won the Border-Gavaskar trophy by 2-1. India’s stand-in captain had led from the front and did a fantastic job while leading his team.

However, Rahane will now return to his vice-captaincy role. Rahane stated that he generally takes a backseat when Kohli is leading the team and suggests his inputs whenever the need arises. Rahane and Kohli make an ice and fire combination respectively as the former is cool and calm whereas the latter is mostly aggressive in his approach.

Rahane has done a fine job whenever he has been asked to fill the big shoes of Kohli as the leader of the team. He has led the team in five Test matches out of which the team has won on four occasions whereas one match has ended in a draw.

“See, my job is to take a back seat and help Virat,” Rahane said during a virtual media conference on Wednesday. “There are too many things on a captain’s mind, so as a vice-captain you have to visualize a situation, think about what can happen in the game, and then if captain asks you for suggestions then you should be ready. So my job is really easy. I take a back seat. Whenever required I go and tell him…or whenever he asks me about certain things, I’ll just go and tell him. That helps us a lot. For me, personally, I generally take a back seat when I’m vice-captain.”

On the other hand, Rahane added that the victory in Australia was really special but the team is now focused on the upcoming Test series against England. India is yet to qualify for the final of the World Test Championship and they wouldn’t want to take their foot off the pedal. Rahane added that it is crucial to stay in the moment.

“Australia was really special for us. We did enjoy our victory, especially that night in Brisbane and also when we came back home. But we are in the present now,” Rahane said

Ajinkya Rahane did a fine job as a leader and he was able to get the best out of the young team despite a spate of injuries. The whole team showed great character despite the adversities they faced and delivered under the pressure situations.

The first Test match between India and England will take place at MA Chidambaram Stadium, Chennai from February 5.