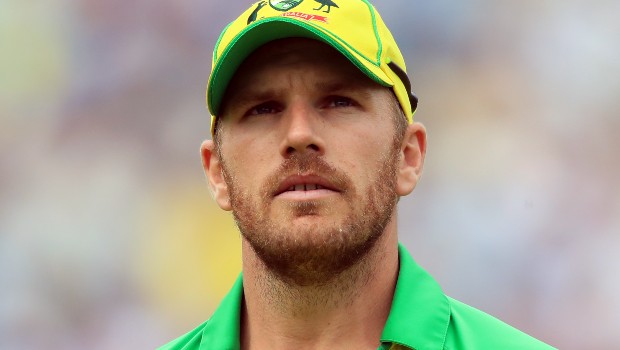 Australia’s limited-overs captain Aaron Finch has revealed that he would aim to take advantage of the fielding restrictions in the first six overs of the powerplays while playing for RCB. Finch has stated that he would look to get maximum runs while opening the innings for the franchise.

Finch is expected to open the innings with Parthiv Patel and he would aim to hit the ground running. In fact, it is always noticed that Royal Challengers Bangalore’s batting is over-reliant on the shoulders of their captain Virat Kohli and AB de Villiers. Thus, it is imperative that these two players get the much-needed support from an experienced batsman like Aaron Finch.

However, he has impressive numbers in the T20I format as he has scored 1989 runs in 61 matches at a fine average of 38.25 and a blistering strike rate of 155.88. Ergo, Finch would aim to deliver the goods for RCB in the forthcoming season of the IPL.

Aaron Finch said while talking to Sportstar, “Hopefully, I get a game in that batting line-up. I think if I am in the starting line-up, my role will be to try and take advantage during the powerplays and hopefully get us off to a flying start.”

Finch feels that getting off to a good start in the IPL will play a crucial role in them in getting to the last four teams of the league.

“I think getting off to a good start gives us the best chance to make the playoffs, so that will be the main focus.”

Meanwhile, Finch is going to lead Australia against arch-rivals England in the limited-overs series. Australia will first play three T20Is and as many ODIs on the England tour.

The first T20I will be played on 4th September whereas the last ODI will take place on September 16. Hence, the players from both teams are expected to miss the first two matches of the IPL for their respective franchises.

Finch would like to be at his best and he can take the pressure off the shoulders of Virat Kohli and AB de Villiers. The Australian batsman has all the experience under his belt and there is no doubt that he is going to play a crucial role in the success of the RCB.