Home » Cricket » My T20I career got fast-tracked because of the IPL: Glenn Maxwell 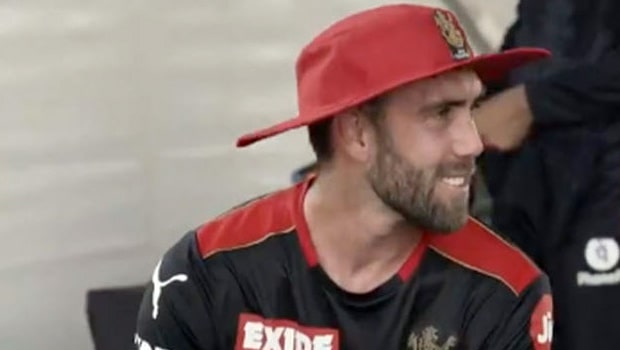 Glenn Maxwell is a household name in the Indian Premier League. He has fetched a lot of interest from various franchises over the years and has quite often bagged big money contracts in the IPL Auction. Royal Challengers Bangalore were heavily invested in securing the services of Glenn Maxwell in the IPL 2021 Auction. They spent a whopping sum of INR 14.25 Crores and ended up making him one of the most expensive IPL signings of all time.

Maxwell is immensely grateful to the IPL and has acknowledged that he has benefitted from the experience massively. In a video posted by Royal Challengers Bangalore on Twitter, Maxwell talked about how the IPL had fast-tracked his international T20 career.

“I have been a massive beneficiary of the IPL. It certainly fast-tracked my international T20 career, I have been able to experience the Indian conditions, we had an IPL in Dubai in 2014 and I was able to perform really well over there,” said Maxwell.

He even went on to mention that because of his dazzling performances in the cash-rich league and on the tracks of the sub-continent, people in Australia thought of him as a wonderful player in these conditions.

“I got a bit pigeon-holed in Australia over being a sub-continent specialist. It got me a few ODIs and Test tours which I probably would not have been able to do so if not for the IPL,” he added.

The Australian all-rounder made his IPL debut for Delhi Daredevils in IPL 2013. He then moved to Mumbai Indians in the subsequent season and revealed an interesting tale about him and Mumbai Indians legend and current mentor Sachin Tendulkar.

“I still remember chatting with Sachin Tendulkar in my first year at the IPL, the fact that I was an Aussie, I joked with him, I think he liked that. He was brilliant in the sort of way he opened up the world to him. Every year you come to the IPL, it is a massive learning experience,” said Maxwell.

Glenn Maxwell also talked about the Indian contingent in the Royal Challengers Bangalore squad. Praising their talent and the squad depth, the Aussie all-rounder revealed that it keeps the overseas players on their toes and pushes them to do better.

“I think I look at the depth of the Indian talent RCB has got, it is something that has really excited me. It is pretty scary how talented these young kids are. It puts pressure on the international stars to keep performing,” he concluded.