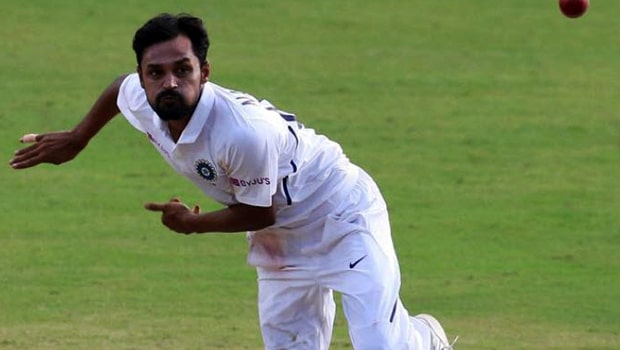 The 30-year-old achieved the feat on Day 3 of the third Test match between India and South Africa at Ranchi when he left Temba Bavuma completely bamboozled with a delivery that turned outwards and bounced sharply. Wicket-Keeper Wriddhiman Saha did the rest as he completed an easy stumping. Thus, Nadeem joined the elite list of Indian bowlers like WV Raman, Margashayam Venkataramana and Aashish Kapoor who claimed their maiden Test wickets through stumpings.

Moreover, all three of Nadeem’s previous overs before the wicket of Bavuma resulted in maidens. His figures read 3.2-3-0-1 when he dismissed Bavuma on 32.

The wicket came in the 29th over of the South African innings when Bavuma tried to step out to Nadeem. The debutant dragged back the length of the delivery and Bavuma couldn’t reach it. The ball extracted sharp turn and bounce off the pitch and went straight into Wicket-Keeper Saha’s gloves who did the rest pretty easily.

All the other three bowlers to achieve this feat had claimed their maiden wickets against West Indies. Raman, the current head coach of the India Women’s Cricket Team took the wicket of Courtney Walsh at Chennai in 1988. Venkataramana, who represented India in just one Test, had Desmond Haynes stumped by Kiran More at Kingston in 1989. And Kapoor had Carl Hooper stumped by Vijay Manjrekar at Mohali in 1994.

What a debut for Shahbaz Nadeem and what a win for #TeamIndia 🧡pic.twitter.com/4Zb9zXItlZ

Nadeem came into the Indian setup after grinding hard in domestic cricket. He has 424 first-class wickets to his name in 110 matches at a healthy average of 28.59. That sums up his credibility as a bowler and he was also the highest wicket-taker in two consecutive Ranji Trophy seasons– 2015/16 and 2016/17 seasons during which he picked up 51 and 56 wickets respectively. 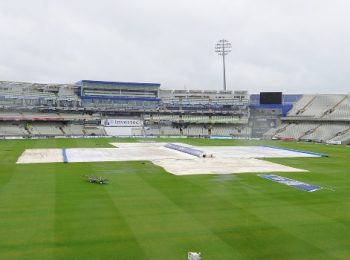 The Board of Control for Cricket in India president Sourav Ganguly has confirmed that Asia Cup 2020 ... Read More 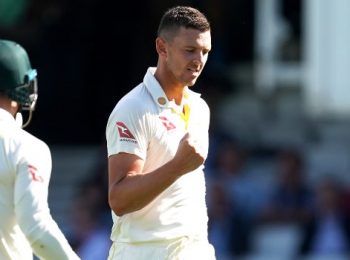 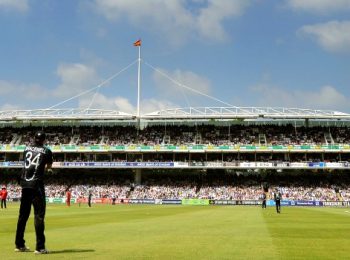 New Zealand Cricket spokesperson Richard Boock has confirmed that they have not offered to host the ... Read More