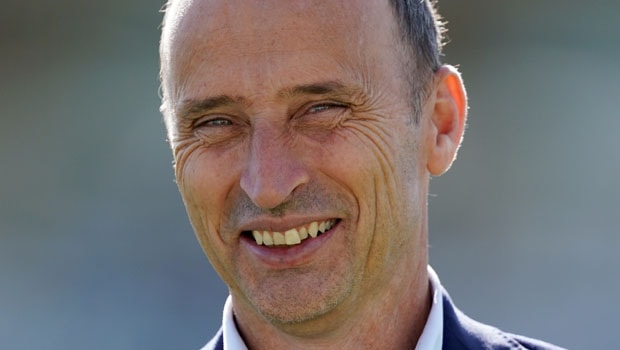 Former England skipper Nasser Hussain is amazed at the level of intensity of India captain, Virat Kohli, and his hunger for success.

Hussain, who had played for England for over a decade, is an astute reader of the game. He cited an example when Kohli switched to football during Indian’s customary pre-match drill. According to the former English captain who was speaking on Star Sports show ‘Cricket Connected,’ Kohli played the ball as if he is playing in a FIFA World Cup final or the FA Cup final.

He further noted that that the reason behind his success is his hunger for runs and winning mentality, having watched him play football before with his teammates.

Speaking further, Hussain said Kohli had taken his ability into cricket, which is the reason why he is a brilliant player in a run chase.

He also said Kohli is usually focused on a situation that would make him win a game, adding that he has a winning drive that is second to none.

Hussain, who was England’s skipper between 1999 and 2004, said Kohli, who has been racking up big runs over the years, is unworried about personal records. He noted that the big hitter is not worried about his statistics but his win-loss ratio.

Speaking about his encounter with Duncan Fletcher, who was India’s coach between 2011 and 2015, when they talked about the Indian captain, Hussain said, after Duncan saw and watched Kohli play, he described him as a great player who is a real fighter, and has a winning character that sets him apart.

This, Hussain, said Duncan was spot on after noting such trait in Kohli, who has been a great example and influence in the present Indian team. He added that apart from other cricketers being rich, what stands Kohli out from the rest is his winning ability.