Nasser Hussain names four batsmen he would pay to watch 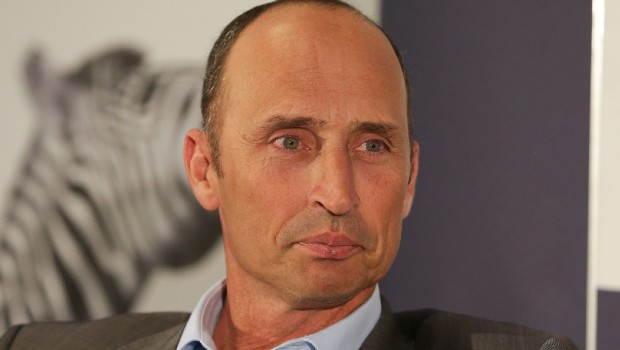 Hussain recalled that Gower was his childhood hero and he grew up idolizing the southpaw batsman. The former England captain reminisced about the time when Gower was playing for Leicetershire and he smashed one through the covers before Hussain could even react. Gower had a successful career for England as he scored 8231 runs in 117 Test matches.

“I have to go for my childhood hero David Gower. I remember an early game against Leicestershire and I was at cover point as he leant on one and before I could move it hit the boundary boards behind me. Everything I had admired was there in front of my eyes,” Nasser told Daily Mail.

Meanwhile, Hussain’s next pick was Brian Lara. The southpaw batsman was a treat to the eyes and racked up the highest individual score of 400 in the Test fold against England. Lara had also scored 375 against England and that record stood tall for many years.

“I’ve been watching some old footage of Brian Lara with that big back-lift and, wow, could he bat,” said Hussain.

The current commentator picked former Pakistan’s opener Saeed Anwar. The left-hander was potent through the off-side and gave solid starts to his team over the years. Anwar scored 8824 runs in 247 ODI matches at an impressive average of 39.22 whereas he amassed 4052 runs in 55 Test matches.

“In terms of being easy on the eye, Saeed Anwar had an elegance and grace through the off-side,” Nasser said.

Lastly, Hussain selected Indian captain Virat Kohli. The talisman’s record while chasing is incredible and he has scored 26 centuries while going after the target\ in the second innings. Kohli is the most consistent batsman in the current generation and his records are staggering. The linchpin has scored more than 21000 runs and has 70 centuries to his name in International cricket.

“Virat Kohli in a 50-over run chase. He just seems to chase down any score every time,” Hussain said.