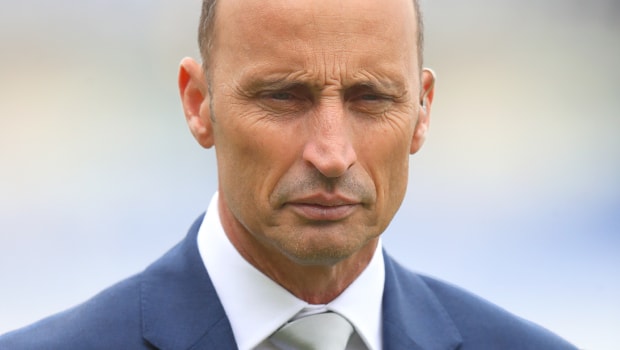 Former England skipper Nasser Hussain has picked Eoin Morgan as his favourite white ball captain whereas he selected Kane Williamson as the best Test captain. Eoin Morgan was able to turn the tables for England after they suffered an early exit from the 2015 World Cup.

Morgan took a leaf from Brendon McCullum’s book and led the side from the front. The English team has played some aggressive white ball cricket in the last four years and they were able to reap fruits in the 2019 World Cup when they lifted the trophy for the first time in the history.

Hussain added Morgan is his favourite white ball captain not just because he led England to glory in the World Cup but for the calm way in which he has led the team. Morgan has led England in 114 ODI matches in which the team has won 69 whereas it has lost 36 with two ties and seven no results. Morgan has a impressive winning percentage of 65.42

“My best white ball captain would be Eoin Morgan, not just because he won the World Cup, but he is calm, whenever there is chaos. White ball cricket is now chaos. The batsmen now smash everyone, everywhere,” Nasser Hussain told Harsha Bhogle in Cricbuzz Conversation.

On the other hand, Kane Williamson is also leading the Kiwis with aplomb. Hussain lauded Williamson for the way he conducts himself on and off the field. The New Zealand skipper is a perfect role model for the youngsters and he is the epitome of sportsman spirit. Williamson’s conduct was brilliant after England were declared as winners on the basis of boundary count in the World Cup final. Thus, Williamson is a perfect ambassador for the game.

Hussain added that New Zealand’s record in their home conditions is amazing and they are always known to punch above their weight. The Kiwis recently defeated India 2-0 and they are placed at the second place in the Test rankings.

Williamson has led the Kiwis in 32 Test matches in which they have won 18 whereas they have lost eight and six games have ended in a draw. Ergo, he has a winning percentage of 56.25 in the red ball version.

Meanwhile, Nasser Hussain also gave credit to Virat Kohli for taking Indian cricket to new heights. Hussain feels Kohli has instilled the confidence in his players and the fitness culture he has brought into the team is praise worthy.

“In red ball cricket, there are so many boxes to be ticked. I think the way Kohli has driven India, you know their fitness, change in culture, and their winning mentality is all down to Kohli. But if you’re asking me who is my favourite, and one of the reasons you give, ambassador of the game… Kane Williamson is just… for the resources New Zealand have, their record at home, I mean India found out recently, England found out, their record at home is phenomenal. Their record as a nation playing cricket is phenomenal.

Eoin Morgan, Kane Williamson and Virat Kohli have all done a fine job for their respective teams and they would look to continue the good show going.