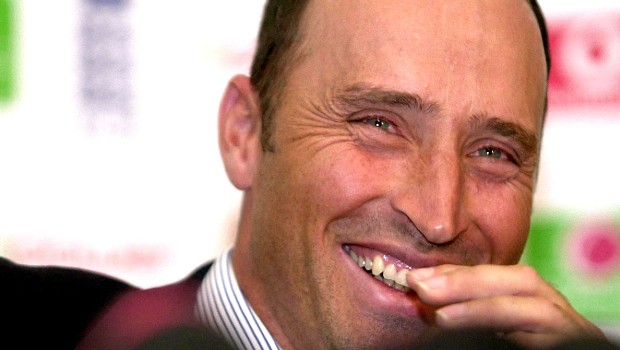 Former England captain Nasser Hussain feels Rohit Sharma can definitely succeed as a Test opener in overseas conditions. Rohit had opened the innings in the Indian conditions against South Africa and Bangladesh and had done well. The flamboyant had scored 529 runs against the Proteas in three Test matches at an average of 132.25.

Thus, he had grabbed his opportunity with both hands. However, we know opening in overseas conditions in Test matches is a different kettle of fish. There is no doubt that Rohit can come out with success as he has got the experience under his belt.

In fact, all the eyes were on Rohit Sharma for the two-match Test series against New Zealand but he suffered a calf injury in the fifth T20I and was ruled out of the ODI and Test series.

Meanwhile, Nasser Hussain feels Rohit Sharma needs to adopt old school technique to be successful in foreign conditions. Hussain added that the stylish batsman needs to give first hour to the bowlers and he should leave the balls outside the off-stump channel to take the slip cordon out of play. It is very crucial for an opening batsman to know where his off-stump is and if he can leave the ball confidently, it is a big bonus.

Rohit is well known to have an extra second when he is playing against the fast bowlers and there is no doubt that he can succeed in the overseas conditions as an Test opener.

Hussain gave the example of Virat Kohli, who savoured success against James Anderson and Co. on the 2018 tour of England after the 2014 debacle.

“Test match cricket at the top of the order is about having time, it’s about having a technique as well. You have to cover your off stump, like Virat (Kohli) did in England against (James) Anderson, the way he left him outside after all his problems of the previous tour, that is a Test match cricketer,” Nasser Hussain said while talking to Sony Pit Stop Show.

“And that’s the only thing Rohit has to do when he goes away from home and when the ball is moving around. He has to just spend half an hour and say to the bowler you can have this half hour, I’m going to leave you, I’m going to take the slip cordon out of play,” added the 52-year-old.

Rohit Sharma has all the skills under his belt and it would be interesting to note how he would cope up with the challenge. The flamboyant batsman will need to go through the acid test when India will tour Australia later in the year. Rohit is expected to open with Mayank Agarwal and the first Test will take place at the Gabba, Brisbane from December 3.

Rohit has played 32 Test matches in which he has scored 2141 runs at an average of 46.54 but he is yet to deliver the goods in overseas conditions as a Test batsman.