Home » Cricket » Natarajan has the skills to shut opponents down: Tom Moody

Natarajan has the skills to shut opponents down: Tom Moody 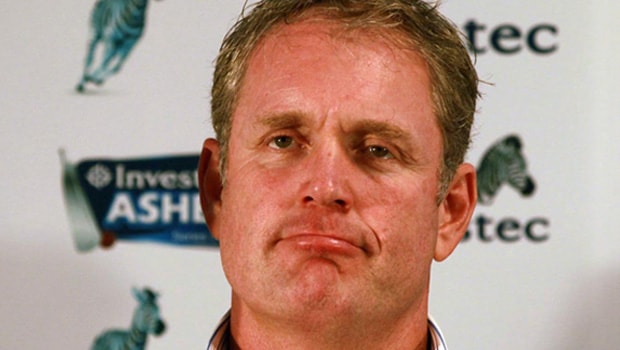 Former Australian cricketer Tom Moody is very happy with how T Natarajan performed on his ODI debut for India. The left-arm seamer claimed two wickets in India’s 13-run victory over Australia in the final ODI of the three-match series at the Manuka Oval in Canberra.

Moody had watched Natarajan from close quarters during his stint as the head coach of the Sunrises Hyderabad a couple of years back. Speaking on an ESPNcricinfo video, the Australian pundit said that Natarajan has the necessary skills to pick up wickets in critical situations.

“The biggest challenge is coming to terms with the nerves of the big stage of international cricket. He has come from the backwaters of Chennai where he has learnt his craft. As we all know, it’s a terrific story,” Moody said.

“I was fortunate enough to be a part of the beginning of that story when we recruited him at Sunrisers 2-3 years ago, on the back of the T20 tournament. I like what he has got to offer.

“I call Natarajan a defensive bowler. What he does is he builds pressure and when you are in the eye of the storm, he’s got the skills to shut the opponent down with his slower balls or yorkers, as he angles from the left-arm over.

“India will welcome that when the runs are starting to leak, they have a good option and naturall strong-defensive bowler. They could have used him in Syndey as well, his cutters could have been effective on Syndey surface,” he added.

Natarajan was very impressive in his first spell as he cleaned up Marnus Labuschagne with the very first delivery of his third over that he bowled. His second spell didn’t go according to plan as he was taken for some runs but he came back very well in the death overs once and claimed the wicket of Ashton Agar once again.

The 29-year-old had a breakout IPL season with Sunrisers Hyderabad as well. He claimed 16 wickets in an equal number of matches during the season and was particularly impressive with his death bowling skills.

Natarajan will now be expected to retain his place in the T20I XI for the series starting on 4th December. He can form a lethal death bowling pair with India’s ace pacer Jasprit Bumrah.