Natarajan is a great asset heading into the T20 World Cup: Virat Kohli 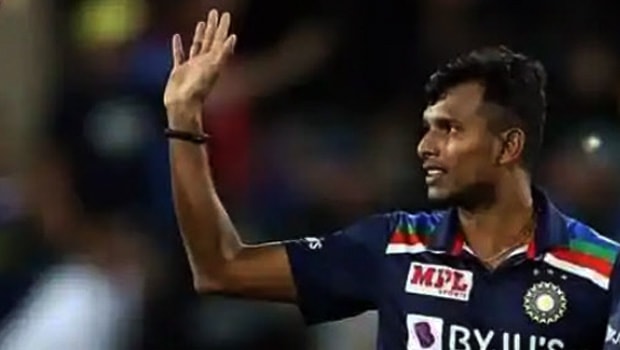 India skipper Virat Kohli is very happy with how left-arm seamer T Natarajan has stepped up with his performances on this tour of Australia and he is of the opinion that Nattu (as Natarajan is fondly called in India) can be a great asset for India going into the T20 World Cup next year.

In the absence of Shami and Bumrah, he’s been the guy who has stood up and really delivered under pressure, which is outstanding for the fact that he’s playing his first few games at the international level and he looks very composed,” Kohli said after India’s 12-run loss in the dead rubber.

“He’s very sure of what he wants to do, he’s a very hardworking guy, very humble guy. And you feel happy for guys who are committed and working hard for the team, when they get the results and make the team win,” he added.

Natarajan made his international debut in the final ODI of the three-match series against Australia and picked up two wickets to help India to victory. He continued his exploits in the T20I series as well and made a much bigger impact. In the absence of Jasprit Bumrah and Mohammad Shami, the left-arm seamer finished as the highest wicket-taker in the series with six wickets to his name at an economy rate of 6.91.

He was particularly impressive in the first two T20Is at Canberra and Sydney. While he registered figures of 3/30 in the first match, he delivered another superb spell of 4-0-20-2 on a batting track in the second T20I at the SCG.

The 29-year-old was in superb form during the IPL as well, as he picked up 16 wickets in an equal number of matches. He just carried that form forward into the international stage and thus has cemented his place in India’s white-ball squad.

“I wish him all the best and I hope he continues to work hard on his game and keeps getting better. Because a left-arm bowler is always an asset for any team and if he can bowl that well and consistently, I think he’ll be a great thing for us heading into the World Cup next year,” Kohli concluded.