Nathan Lyon rates India-Australia series as highly as the Ashes 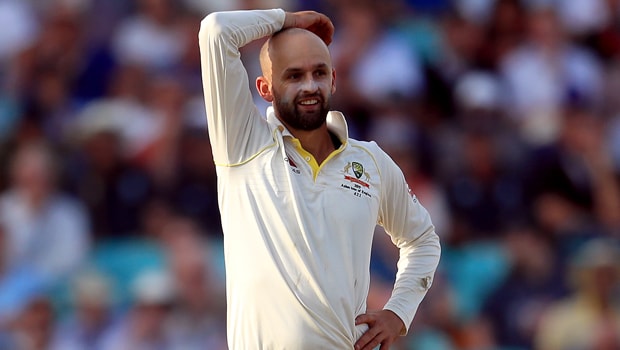 Australia’s off-spinner Nathan Lyon has rated India-Australia series as highly as the oldest cricket rivalry, the Ashes. India and Australia have played intense matches in the recent past and they have shared a great rivalry between them. Both the teams have been part of some amazing series and the players are known to give their all in the bilateral series.

Both India and Australia have played 98 Test matches against one another. Australia have the wood on the Indian team as they have won 42 matches whereas India has won 28 games. 27 matches have ended in a draw and one match ended in a tie.

On the other hand, India had dominated Australia when they had previously toured Down Under in 2018-19. In fact, the visitors were able to savour maiden Test series triumph on the Australian soil as they won the four-match series by 2-1.

Meanwhile, Nathan Lyon was the joint leading wicket-getter of the series with 21 wickets at an average of 30.43.

“It’s getting up there to the pinnacle series alongside Ashes. Obviously, they have got a side full of superstars and it’s going to be an amazing challenge this summer,” Lyon said on Wednesday.

Lyon admitted that India was the better side in the previous series as the tourists had outplayed the hosts. The veteran off-spinner added that they are looking forward to the much-anticipated series of the year against India.

“You definitely don’t like losing games or series while playing for Australia. Obviously, India, a couple of years ago, they outplayed us so we are looking to have those guys coming out here”.

Meanwhile, Nathan Lyon has been a consistent performer for Australia and he has bowled well in all kinds of conditions. Lyon has snared 390 wickets in 96 Test matches at an average of 31.59 and he is going to play a key role in the series against India. The off-spinner has scalped 85 wickets in 18 Test matches against India at an average of 32.60.

The first Test match will take place at the Gabba, Brisbane from December 3 whereas the second will be a pink ball affair at the Adelaide Oval from December 11.

The Boxing day Test match will be played at the iconic MCG from December 26 whereas the fourth Test will be hosted by the SCG from January 3.