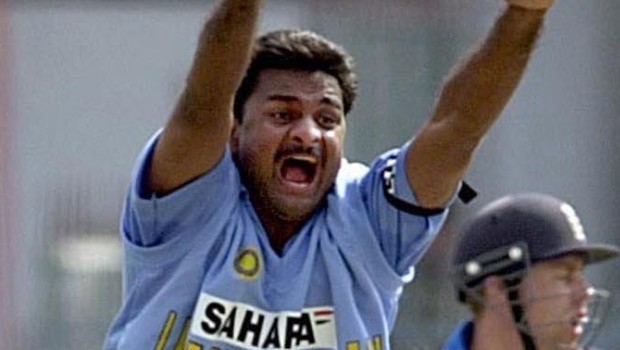 Former Indian fast bowler Javagal Srinath feels had the team played twice their potential in the 2003 World Cup final against Australia, they might have stood a chance. There is no doubt that Australia were a better side and they used to be at their absolute best in the big matches of the big tournaments.

Indian captain Sourav Ganguly had won the toss and elected to bat first. Subsequently, Australia posted a gargantuan score of 359 runs and batted India out of the contest. The Aussie skipper Ricky Ponting was at his best as the right-hander scored 140 runs whereas Damien Martyn scored a fine knock of 88 runs. The duo added a brilliant alliance of 234 runs to take Australia to an imposing total.

On the other hand, Javagal Srinath who was the leader of the pace attack, didn’t have the best of matches as he conceded 87 runs in his quota of 10 overs. Not only Srinath had a bad day at the office but all the Indian bowlers were taken to cleaners by Ponting and Martyn.

Meanwhile, Srinath, who had an illustrious career for the Indian team feels they were beaten by a better Australian side.

“We could have won the 2003 World Cup final but we were up against the best side in the world. They were on a roll and nobody could even get closer to them. We lost the final and I couldn’t do much in that match either. Winning that final could have been a real feather in my career but you can’t expect everything to happen in life,” Srinath told SportsKeeda in a chat.

On the other hand, Sourav Ganguly’s decision to bat second was also questioned by many cricket pundits. It is well known that it is always better to put the runs on the board in the final match of a big tournament as the pressure of chasing a score is hard to control. However, when Australia posted a mammoth total, India was all but out of the contest.

“We had a chat about it – should we have batted first? But those are all hindsight expertise of what we bring post the match. I just think they were the better side. The same team had won the previous World Cup as well. I think all of us needed to play twice our potential. Probably that could have been the best way.”

There is no doubt that Australia was too good on that day. India’s hopes of chasing such a huge score was dampened when their best batsman Sachin Tendulkar was dismissed cheaply for four runs.

On the other hand, Javagal Srinath had a fine career for the Indian team and he is regarded as one of the best fast bowlers of the country. Srinath took 236 wickets in 67 Test matches whereas he snared 315 wickets in 229 ODI matches.