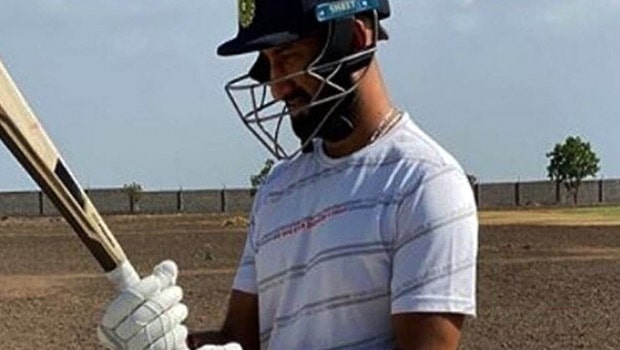 India’s Test specialist batsman Cheteshwar Pujara has stated that he has never had ego issues about the IPL auctions. Pujara understands that the auctions are always tricky and he added that players like Hashim Amla had gone unsold in the auctions. The Saurashtra batsman also added that he wants to be part of the IPL but he has no regret if he is not picked by any franchise.

Meanwhile, Pujara had played for RCB in the initial years of the IPL but he had failed to impress. Pujara is an old-school batsman who has been brought up to be a pure Test batsman. The right-hander has a solid technique and it is easy for him to switch on in the T20 format.

Pujara has played 30 IPL matches in which he has scored 390 runs at a meagre average of 20.53 and strike rate of 99.74. The right-hander is not a hard-hitter of the ball and his strike rate is an issue for him in the shortest format of the game, in which the batsman is always expected to get going from the word go.

“As a cricketer, I can’t have that opinion. Also I feel that I am someone who will never have such egos because I have seen and known IPL auctions to be tricky,” Pujara told PTI during an exclusive interview.

“I have seen world class players like Hashim Amla go unsold at the auctions. There have been a lot of good T20 players, who have missed out on auction. So I don’t have any big ego that they are not picking me. Yes, given a choice I would like to play IPL,” added Pujara.

Meanwhile, Pujara will prepare for the upcoming tour of Australia. The solid right-hander was instrumental in India’s maiden Test series win on the Australian soil as he had scored 521 runs in four Test matches at an average of 74.43. Pujara had scored three centuries and had frustrated the Australian bowlers with his solid defense.

Pujara will look to replicate the same success and he is going to play a crucial role once again for the Indian team. The right-hander recently started outdoor training in his own academy and he would be looking to prepare himself for the much-awaited tour.

As per the current schedule, India will play the first Test match against Australia at the Gabba, Brisbane from 3rd December.