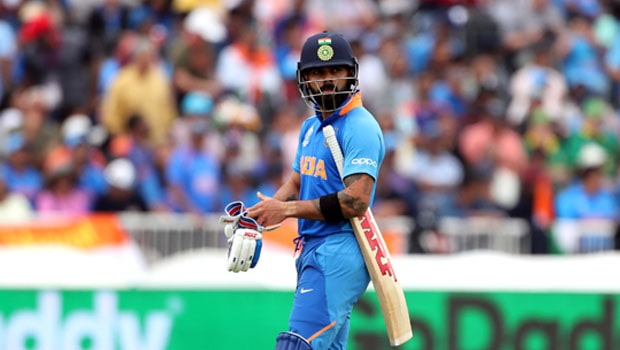 Former Indian opener Gautam Gambhir has stated that he never raised questions on Virat Kohli’s ODI and Test captaincy. Gambhir, however, has been critical of Kohli’s leadership in the shortest format of the game. Kohli has a great record as an Indian captain in ODI as well as the Test fold.

Kohli has led in 56 Test matches in which the team has won 33 games and he is the most successful Indian Test skipper. The talisman has a win percentage of 58.92, which is the best for any Indian captain with more than five Test matches.

On the other hand, Kohli has led in 93 ODI matches out of which the team has won 63 matches whereas they have lost 26 games. Thus, Kohli has a win percentage of 70.55 in the 50-overs format.

Kohli has led in 40 T20I matches in which the team has savoured success in 24 matches. Ergo, he has a win percentage of 65.78 in the shortest format of the game.

Kohli has been instrumental in the success of the team as a leader in all three formats of the game. However, Kohli’s leadership mostly comes under scrutiny when he leads Royal Challengers Bangalore in the Indian Premier League.

Meanwhile, Gambhir feels Kohli will be delighted with the performance of the team on tour Down Under. Gambhir added that Kohli has always mentioned that the Indian team is not a one-man army and it was palpable in the recent series against Australia where the youngsters contributed to the historic win.

“India was never dependent on one or two people and Virat Kohli has said that time and time again. Yes, Virat Kohli is the leader and I am sure he is going to be as happy as the rest of the squad as well. He has done really well in Test cricket,” said Gambhir.

Gambhir added that Kohli will come back fresh after taking the paternity leave. The talisman will look to hit the ground running and score big runs against England in the upcoming four-match Test series.

The first Test match against England will get underway from February 5 at Chennai.