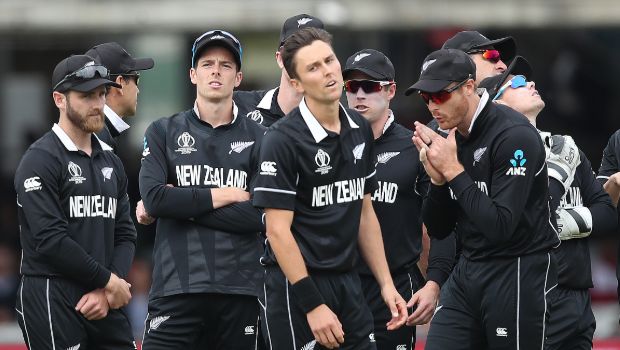 New Zealand has become the first team to qualify for the final of the ICC Test Championship, which will be played at the Mecca of Cricket, Lord’s from June 18.

The Kiwis sealed their place in the final after Cricket Australia postponed their three-match Test tour to South Africa due to the coronavirus pandemic.

Currently, New Zealand occupies the second place in the ICC Test championship standings with a PCT of 70. Australia has a PCT of 69.2 and they are placed at the third spot. India leads the ICC WTC points table as they have a PCT of 71.7.

Only one Test series between India and England remain in the ongoing ICC Test championship, which will decide the other finalists. India will need to defeat England by either 2-0, 2-1, 3-0, 3-1, and 4-0 to cement their place in the final of the tournament.

England has their work cut out if they have to qualify for the ICC Test Championship final. The English team will need to defeat India by a margin of 0-4, 0-3, or 1-3.

Meanwhile, New Zealand didn’t have a great start to the ICC Test Championship as they had lost their opening match against Sri Lanka. Subsequently, they were thrashed by Australia by 3-0. In fact, they were placed at sixth place at one stage however they made a roaring comeback into the tournament.

The Kane Williamson-led side turned the tables as they went on to win six consecutive matches on their home soil. The Kiwis whitewashed the table-toppers India, West Indies, and Pakistan to make the cut into the top two teams.

The first Test match between India and England will take place at the MA Chidambaram Stadium, Chennai from February 5.