Home » Cricket » NZ vs IND, 1st Test: Vihari, Ishant and other key players as India take on the Kiwis

NZ vs IND, 1st Test: Vihari, Ishant and other key players as India take on the Kiwis 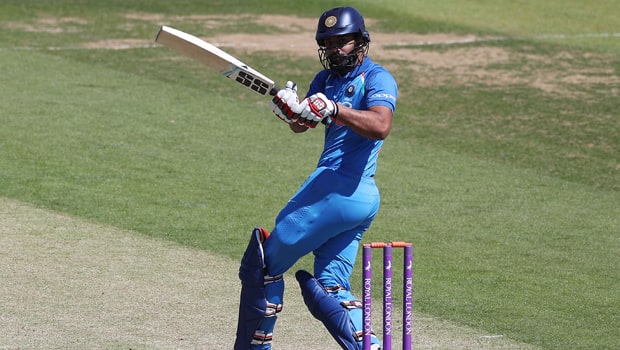 India will kick off the two-match Test series against New Zealand with the first Test at Wellington on Friday.

Both teams will be playing their full-strength squads with star players like Virat Kohli, Jasprit Bumrah, Kane Williamson, Ross Taylor and others turning up for their respective sides. However, this tour has been more about the rising young and underrated Indian players. The likes of Shreyas Iyer, KL Rahul and Navdeep Saini have already proved their mettle in the ODI and T20I series. And we might see some good Indian players dominating the Tests as well. So, let’s have a look at those players.

Hanuma Vihari: He has started off his tour on a pretty bright note with superb performances in the unofficial Test series between India A and New Zealand A, and in the practice-match against New Zealand XI. Vihari already has scores of 51, 59, 100* and 100 in the contests in these conditions and hence, he looks all set to dominate this series. Vihari will bat at number six for India and he already has 466 Test runs to his name at a healthy average of 42.36.

It was a roller coaster ride for me after the injury on my ankle on the 20th January but with the help of Ashish Kaushik I managed to pull it off! Scans were a little scary, but today I am happy that I am fit ! 🏏 Thanks Ashish Kaushik! #recoverymode #recovery #postinjury pic.twitter.com/xwNpecc0Iz

Ishant Sharma: There was uncertainty over his availability for this series but Ishant has passed the fitness Test and has been given the green light to feature in both the Tests. The tall fast bowler has been a vital cog of India’s pace attack in overseas conditions since the last couple of years. Ishant is fourth in the list of bowlers with most wickets in away Tests since 2018. He has taken 48 wickets in 12 matches during this period at an excellent average and economy rate of 20.41 and 2.63 respectively. He brings control and stability to India’s pace attack. Hence, he will have a crucial role to play in this series.

Mayank Agarwal: The 29-year-old has had a terrific start to his Test career for India. Agarwal has played only eight Tests for his country so far and has amassed a total of 872 runs at a massive average of 66.71. These runs include three centuries and an equal number of fifties as well with his highest score being 243. Agarwal has played 13 innings so far and he needs 128 runs in the next innings to equal Vinod Kambli’s record for being the fastest Indian to 1000 Test runs. Agarwal has shown that he is in good form by playing a composed knock of 80 in the practice-match against New Zealand XI.