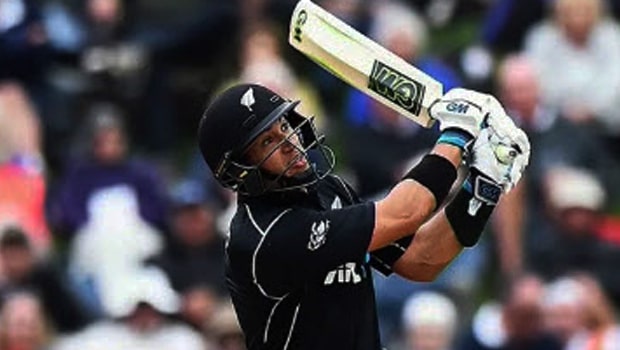 India has recorded their first loss in the year against New Zealand losing by a four-wicket triumph in the first ODI on Wednesday.

The defeat rendered Shreyas Iyer’s maiden 50-over in vain. Veteran Ross Taylor showed his mettle outsmarting the Indian bowlers helping New Zealand to hold nerves and chase down their biggest ever target.

Iyer, who has been described as the next big thing in Indian cricket, scored 103 off 107 balls, but Taylor’s unbeaten 109 off 84 balls helped New Zealand overhaul the 348-run target in 48.1 overs to win the first game in the three-match series.

This new development will leave India’s bowlers wondering how they failed to defend their massive total, having whitewashed the host 0-5 in the T20 series.

In the encounter, Taylor scored his 21st ODI hundred, while stand-in skipper Tom Latham scored 69 off 48 balls to form a 138-run partnership between the lads, to drive the Black Caps’ highest run-chase in one-day cricket while Henry Nicholls also contributed 78 runs from 82 balls.

After the host elected to field,  Iyer’s performance was complemented by the in-form KL Rahul, who also registered 88 not out from 64 balls while the captain, Virat Kohli, also scored 51.

The host put their losses behind them and began on a good note with openers Martin Guptill accumulating 32 runs while Nicholls had 85.

Guptill was removed before debutant Tom Blundell (9) got stumped Kuldeep Yadav (2-84). The host began the momentum with the arrival of Taylor at the crease. He did a yeoman job by putting on 62 runs for the third wicket with Nicholls.

Indian bowlers were not at their best as they sent down 29 extras. They almost had the game under control when Yadav removed Taylor (on ten not out) in the 23rd over off Ravindra Jadeja (0-64).

Their struggle continued, but Kohli’s superb fielding was handy to remove Nicholls in the 29th over. The host had at that point in the ascendancy, with Taylor and Latham, putting the Indian attack to the sword.

Latham, who began with three off 11 balls, accumulated 50 off the next 27 balls where he hit eight fours and two sixes while Taylor got his 50 off 45 balls.