Nitish Rana relishes the opportunity of playing alongside Eoin Morgan 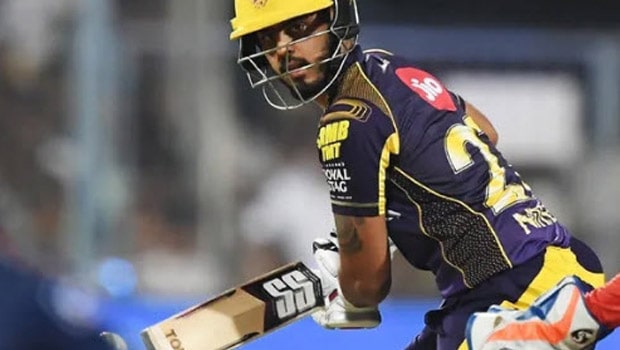 Kolkata Knight Riders have acquired the service of the England limited-overs skipper bought at the auction for Rs 5.25 crore.

Morgan is reuniting with the franchise after his stint from 2011-2013.

Speaking ahead of the team’s participation in the India Premier League, which will kick off n Saturday, September 19, Rana, a left-handed batsman, hopes to imbibe some leadership qualities from the reigning World Cup-winning skipper.

It could be recalled that Morgan led England to their first World Cup glory in 2019.  This is making Rana, who led Delhi at the domestic level, to be excited.

Rana is hoping to have such leadership qualities that will help his domestic team grow as a player.

Speaking further in an interview in the United Arab Emirates (UAE), Rana said the 34-year-old batsman is a rare left-handed batsman who dominates white-ball cricket.

KKR line-up has limited spin resources and may struggle on the slow pitches in the UAE. They can only bank on Sunil Narine and Kuldeep Yadav.

Rana, who bowls off-spin at times, is also looking forward to getting some more overs in the Indian premier event. While noting that he is not new to bowling, having been bowling in domestic cricket, Rana said it’s good that spinners will get an advantage in UAE.

He is therefore hoping to get some grip, having improved as a player and a bowler.

When asked about the bowling line up, the left-hander said he is ready to serve the team at any position and not having a fixed batting slot.

Rana further revealed that after being out of action due to long injury lay-offs, the 2018 U-19 World Cup-winning duo of Kamlesh Nagarkoti and Shivam Mavi have returned to the squad.

He said it was unfortunate that Nagarkoti was out injured for two years. But is he happy that he’s back strong.

He further stated that the duo is back in full rhythm and consistently clocking 140kph-plus.

KKR will face defending champions Mumbai Indians on September 23 in their opening match of the IPL.