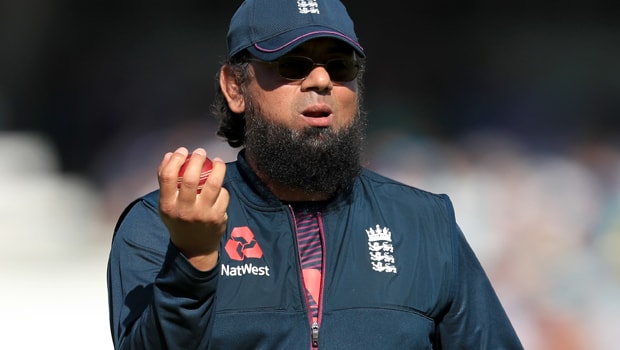 Former Pakistan legendary spinner Saqlain Mushtaq said there is no bigger spinner than Ravichandran Ashwin in the home conditions. Ashwin has an immaculate record while bowling in the Indian conditions, where he has bamboozled the best in the business.

On the other hand, Mushtaq feels Australia’s Nathan Lyon has done well in almost all the conditions against quality opposition. The former Pakistan off-spinner is impressed by India’s chinaman spinner Kuldeep Yadav for his performances in the shorter formats. Mushtaq added Ashwin’s bowling partner Ravindra Jadeja is also very good in the Test fold.

“Australian spinner Nathan Lyon is giving good performances, He bowled well against England, Pakistan and even India. His strike rate is also good. If we talk about other spinners then there is not a bigger spinner than Ravichandran Ashwin in home conditions. He does well in overseas matches as well but he is the best in home conditions,” Saqlain Mushtaq said while talking to Cricket Pakistan.

India has a rich history of producing quality spinners who have done well for the team and Ravichandran Ashwin, Ravindra Jadeja, Yuzvendra Chahal and Kuldeep Yadav have carried on the legacy.

Ashwin has been right on the money in the home conditions and he has played a key role in the success of the team. Furthermore, Ashwin has done a good job with the bat as he scored 2389 runs in 71 Test matches at an average of 28.10.

Ashwin hasn’t been at his best in the overseas conditions as there isn’t much help for the spinners. The off-spinner from Tamil Nadu has snared 111 wickets in 28 Test matches at an average of 31.44 in alienate conditions.

Meanwhile, Ashwin has not played for the Indian team in the limited-overs format since the arrival of Kuldeep Yadav and Yuzvendra Chahal. Ashwin last played an ODI back in 2017 and since then he has been out of the national contention.

Ergo, Ashwin would like to make a roaring comeback into the national team. The off-spinner has scalped 150 wickets in 111 ODI matches at an average of 32.91. On the other hand, Ravindra Jadeja has been able to get back into the white-ball side as he is in sublime form.