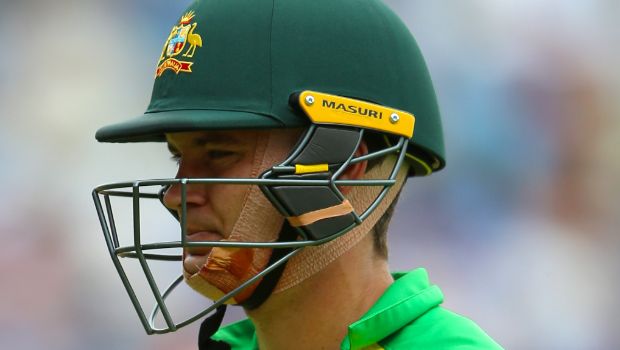 Australian wicket-keeper batsman Alex Carey believes Shreyas Iyer has got the potential to lead India in the future.

Carey has observed Iyer from close corners as the captain of the Delhi Capitals and feels Virat Kohli can pass the captaincy baton to the youngster after three to four years.

On the other hand, Iyer has delivered the goods while leading Delhi Capitals. Iyer was handed over the captaincy bridle back in IPL 2018 when Gautam Gambhir couldn’t deliver the goods. Subsequently, Iyer took the team to the playoff stages in IPL 2019 after a long gap of six years.

DC continued their good form in IPL 2020 and made it to their first ever final in the history of the tournament. Thus, a lot of credit for the team’s success goes to their skipper. Iyer has led Delhi Capitals in 41 matches in which the team has won 21 matches whereas they have lost 18 games and two matches have been tied.

Meanwhile, Shreyas Iyer and KL Rahul are regarded as two of the strongest contenders to lead the Indian team after current captain Virat Kohli.

“No doubt he’s got the potential to lead India one day. I think Shreyas is going to be a fantastic leader moving forward,” said Carey in a selected media interaction on Tuesday.

“His ability to connect with all the players in the group was fantastic. He took the focus off himself and worried more about the group. He’s been really successful for the last couple of seasons for Delhi,” Carey said when asked to describe what made Iyer special as a leader.

Iyer is only 25 years old and there is no doubt that he will get better with more experience. The youngster is on the right track and he has learned a lot while leading Delhi Capitals under the tutelage of former Australian skipper Ricky Ponting, who is the head coach of the franchise.

Iyer still has a long way to go and he will look to continue the good show while leading Delhi Capitals. Furthermore, Iyer also scored 519 runs in 17 matches at an impressive average of 34.60 and a strike rate of 123.28 in IPL 2020. Moreover, Iyer has sealed his place in the Indian team as a number four batsman in the limited overs format.