No need to change batting style, have backing of team management – Cheteshwar Pujara 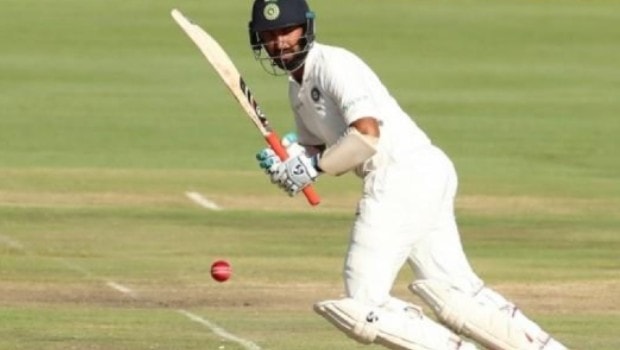 India’s specialist Test batsman Cheteshwar Pujara has been often under the scrutiny for his low strike rate. Pujara is a pure old school batsman and he likes to grind out the bowlers before scoring the runs. The right-hander is known to wait for a poor delivery to score his runs and he tries to keep the good ones at bay.

However, in the age of T20 cricket, Pujara kind of batsmen are on the endangered list. In fact, they hardly exist and that’s what makes him special.

Meanwhile, the Indian captain Virat Kohli has often spoken about showing intent with the bat. Kohli is known to be aggressive and likes to take the bull by its horns.

Subsequently, some of the recent Pujara’s dismissals shows he was trying to play a shot that he generally won’t. The right-hander had gone for a pull shot in the first innings of the Christchurch Test and had holed out to BJ Watling after scoring a fifty. Pujara getting out to a short ball is a rare phenomenon especially after getting settled.

Thus, it is speculated that if Pujara is asked to bat differently by the team management. However, the talisman has put these speculations to rest stating that he doesn’t need to change his batting style and he has the backing of the team management.

“I don’t think there is too much talk (on the inside). In the media, it is described differently but the team management has been backing me on this completely. There is no pressure from the captain, coach or anyone else,” Pujara said while speaking to PTI.

“I just want to clarify that when it comes to strike rate people start pointing towards team management’s take on it but there is no pressure on me at all. The team management understands my style of play and its importance,” he added.

On the other hand, Cheteshwar Pujara had sauntered to 66 runs after facing 237 balls in the Ranji Trophy final against Bengal. Pujara was asked on social media why he takes so many balls to score his runs, to which the batsman didn’t pay any attention. The right-hander added that he knows his strengths and he can not bat like Warner or Sehwag.

“The question that was asked on social media (during Ranji final) was “why am I taking so long to score X number of runs”? Whether I pay attention to that? No, I don’t. My job is to make sure that the team wins at all times.

“People have this tendency to pinpoint one person but it is just not about me. If you look at any Test series where I have scored runs and taken a little bit of time, the opposition batsmen, most of them, have consumed the same number of balls. I know I can’t be David Warner or Virender Sehwag but if a normal batsman takes time there is nothing wrong with that.”

Pujara had a mundane tour of New Zealand in which he scored 100 runs in four innings. The right-hander knows he is expected to score big for his team but could not deliver the goods on the New Zealand tour. The 32-year old feels he had a decent season.

“People expect big knocks from me. I always challenge myself to score a 100 but to average close to 50 in Tests means you are scoring a half-century almost every second innings. My standards are always high and I am not satisfied with the season that I had but I would not call it a bad one at all,” he added.

Pujara will be next seen in action when the Indian team will tour Australia for a Test series later in the year.