Home » Cricket » No one expected India to win at the Gabba, says Usman Khawaja

No one expected India to win at the Gabba, says Usman Khawaja 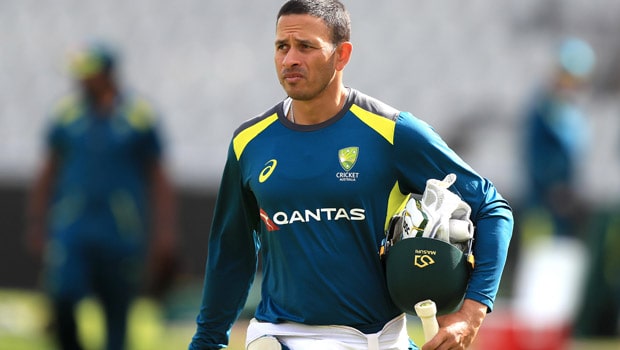 At the beginning of the year, the Indian Cricket Team created history against Australia in their own backyard. They became the first side to breach the Gabba for the first time in 33 years by successfully chasing 328 to win on the final day. The fact that India did this in the final match of the Series with the fate of the Border-Gavaskar Trophy hanging in the balance makes it an even more miraculous accomplishment.

Australian batsman Usman Khawaja may not have been a part of that side that got humiliated in Brisbane, but he did follow the series very closely. Khawaja credited the Indian team for outplaying the Australian side in their own home for the second consecutive time. India had also won the 2018-19 Border Gavaskar Trophy.

“I don’t know. I just think that in Sydney also we had a game we probably should have won, could have won. Our bowlers couldn’t finish it off unfortunately and the same thing happened in Gabba. I thought we had enough runs to defend but if a team chases that many runs on the final day, it doesn’t matter where it is, they deserve to win. Because it’s not easy to chase runs in the fourth innings, no matter where you are in the world,” Khawaja told Cricwick.

“I think at the end of the day, India were the better team. They played our fast bowlers better than we thought they would. They blunted our pace attack, they blunted Nathan Lyon and our bowlers couldn’t finish it off. It’s as simple as that. That can happen. That’s the beauty of cricket. I actually thought that was really good for the game.”

The circumstances under which that spectacular victory arrived makes it even sweeter for the side. The Indian team was embarrassed after getting cleaned up for 36 during the second innings in Adelaide. Virat Kohli had left for home on parental leave and with Ajinkya Rahane now taking command of the side, they roared back with a win in the Melbourne Test.

In Sydney, Indian batsmen produced a miraculous blockathon to save the Test on the final day. India arrived to the Gabba, a ground where Australia hadn’t lost in 33 years with several regulars and experienced players out injured. Despite these challenges, they overcame every odd and managed to register a victory of historic proportions.

“In Australia there was a bit of outrage because obviously, we hadn’t lost in 13 years. But that’s the beauty of the game. What’s the point if you can’t lose somewhere? Both teams can win, right? Obviously, it was disappointing as an Australian fan but it was great for the game. To do it at the Gabba, no one ever expected it, particularly from India,” Khawaja added.