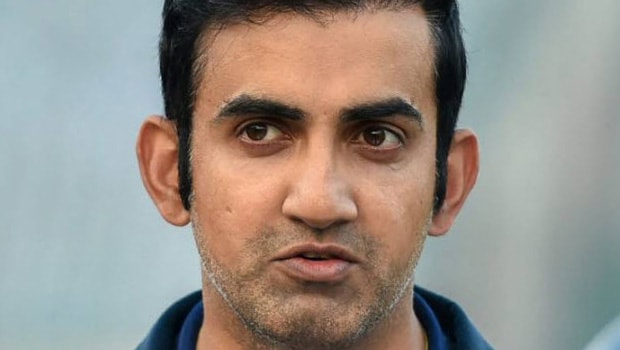 Former Indian opener Gautam Gambhir believes no sixth bowling option is hurting the Indian team. As Hardik Pandya is unfit to bowl, it leaves a big void in the Indian team. In fact, no one in the top six of Indian batting, bowls even as a part timer. Thus, Indian captain Virat Kohli is forced to complete the 10-overs quota of all of his five bowlers.

Subsequently, if one of the Indian bowlers has an off-day, Kohli doesn’t have an option of getting a few overs from some other bowler. In fact, Yuzvendra Chahal conceded 89 in his 10 overs in the first ODI against Australia and became the most expensive Indian spinner in ODI format. However, Kohli was forced to complete Chahal’s 10 overs as he didn’t have many options up his sleeve.

On the other hand, Kohli gave the ball to Mayank Agarwal and Hardik Pandya in the second ODI. In fact, the latter bowled for the first time since September 2019.

“It has been happening since the last World Cup, if Hardik Pandya is not fit to bowl, then where is your sixth bowling option? Even if Rohit Sharma comes back into the lineup, the problem you are facing now, you will face the same going ahead. There is no one in the top six who can give you a couple of overs,” Gambhir told ESPNCricinfo.

“If you see the Australian side, they have got Moises Henriques who can give you a couple of overs, they have Sean Abbott who is a bowling all-rounder. If you talk about India, if Hardik Pandya is unfit then where is your sixth bowling option? I can only think of Vijay Shankar as the other all-rounder, does he have the same impact batting at number five-six, and can he give you eight-nine overs? I have my doubts,” he added.

Indian bowlers have also struggled to provide an early breakthrough to their team and Australia have got off to fine starts in both the ODIs. David Warner and Aaron Finch had added 156 runs in the opening match whereas they put together 142 runs in the second ODI. Thus, Indian bowlers haven’t been able to deliver the goods.

Australia had taken a 1-0 lead in the three-match series after winning the first ODI by 66 runs. The hosts have once again got themselves into a strong position as they have added 250 runs in 38 overs. The third ODI will take place at Manuka Oval, Canberra on December 2.