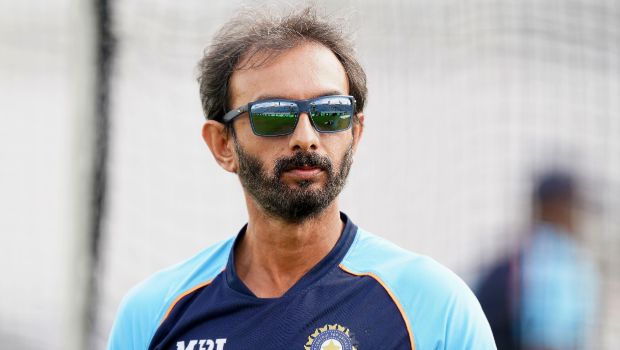 India’s vice-captain Ajinkya Rahane has been struggling for form in the last two years. Rahane has thus far scored 109 runs in seven innings in the ongoing series against England at a mundane average of 15.57.

The right-hander has been averaging 24.76 since the start of the 2020 season and had failed to be consistent in the middle-order.

The second innings of the Oval Test match was crucial for Rahane but the right-hander was dismissed for an eight-ball duck. Rahane was dismissed while trying to play across the line against Chris Woakes but he was trapped in front of the wicket.

In fact, Cheteshwar Pujara has come back to form as he scored 91 runs in the second innings of the Leeds Test and then also scored a fine knock 61 in the second essay of the Oval Test. However, Rahane is yet to find his form and India’s batting coach Vikram Rathour feels the right-hander needs to be given more opportunities.

“Not at this point,” Rathour said at the media briefing after stumps on Sunday. “As I have said earlier, when you are playing cricket for a such a long time you will have phases where you will not get runs. That is the time as a team we need to back them and support them as much as we can. As we saw with Pujara also – him getting more opportunities and he’s come back. He has played a couple of very important innings for us. So we are hoping that Ajinkya will get back into form and he will still play a major role in the Indian team’s batting. So I don’t think we have arrived to that point that it should become a concern.”

Furthermore, Rahane’s Test average has dropped below 40 for the first time since December 2015. In fact, Rahane was averaging 51.37 till October 2016 (50 innings) whereas he has averaged 33.07 since then, which goes to show that he has struggled to score his runs consistently.

In fact, barring the match-winning hundred (112) at the MCG against Australia, Rahane has failed to play any significant knocks for the team in the last couple of years. Rahane was also demoted in both innings and Ravindra Jadeja was sent at number five, which must have affected the former’s confidence.