Home » Cricket » Not being able to win an ICC trophy could have cost Virat Kohli ODI captaincy: Saba Karim

Not being able to win an ICC trophy could have cost Virat Kohli ODI captaincy: Saba Karim 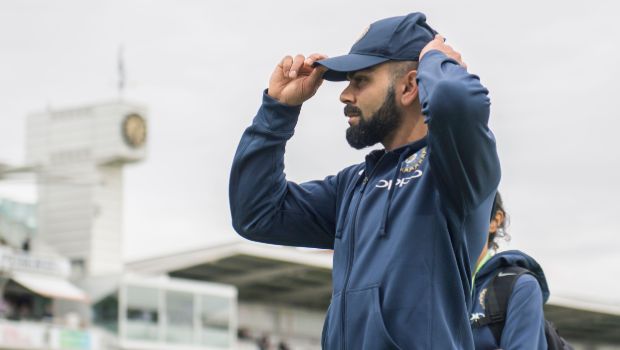 Former Indian selector Saba Karim reckons not being able to win an ICC trophy could have cost Virat Kohli his ODI captaincy.

Kohli decided to relinquish his T20I captaincy after the conclusion of the T20 World Cup to manage his workload. However, the selectors decided to name Rohit Sharma as ODI captain on Wednesday as they felt having two white-ball captains won’t make much sense.

Meanwhile, Kohli had led India to 65 wins in 95 ODI matches while the team lost 27 matches under his leadership. Thus, Kohli had a winning percentage of 70.43 in the 50-overs format.

In fact, India had last won a major ICC trophy back in 2013 when MS Dhoni-led the team to glory in the Champions Trophy.

“It is right to say that Kohli has been sacked. He made the announcement while leaving the T20I captaincy and could have confirmed that he does not want to continue as ODI captain as well.

“This meant he wanted to remain ODI captain. Not being able to win an ICC trophy could have cost Virat Kohli the ODI captaincy,” said Karim on the YouTube show Khelneeti.

The former Indian wicket-keeper batter believes the team’s head coach Rahul Dravid would have had a word with Virat Kohli regarding his leadership role.

“I am confident that Rahul Dravid or someone from the BCCI would have had a word with Virat Kohli regarding their plans of introducing split captaincy.

“Dravid has often put emphasis on having clear communication with players. So, when it comes to taking such a big decision, I believe someone would have surely talked to Kohli,” Karim said.

Kohli did a fine job as a leader in the white-ball formats and he has definitely taken Indian cricket to new heights. India will next play South Africa in a three-match Test and ODI series.