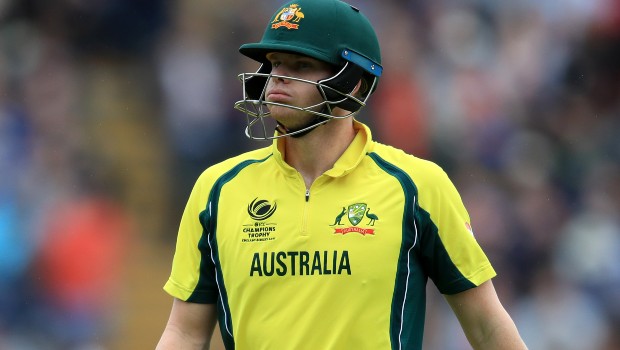 Australia’s talisman batsman Steven Smith has admitted that not being able to win the Ashes 2019 was disappointing. The series ended 2-2 but Australia were able to retain the Urn as they had won the series back in 2017 by 4-0. Smith was under the cosh in Ashes 2019 as he was making a comeback after his ball-tampering ban of one year.

The right-hander was booed by the English crowd whenever he walked out to bat. However, it didn’t bother the linchpin batsman as he batted at the top of his game and he was able to cut the white noise.

Smith had an outstanding series as he amassed 774 runs in four Test matches at Bradman-esque average of 110.57. The former Australian captain scored three centuries including a double ton and played a key role in Australia’s two Test victories.

Meanwhile, Australia had taken a lead of 2-1 in the series but England bounced back in style to win the fifth and final match by 135 runs. Thus, the series ended 2-2.

“It was cool to get the Ashes back, but I was actually more disappointed that we hadn’t won them. From my personal perspective, I think it’s unfinished business. It’s great to retain the Ashes but it just doesn’t sit right with me when you don’t win it. We drew the series – good, but not great. So I probably left at the end of the fifth Test (feeling) more disappointed than a sense of achievement,” Smith said while talking to cricket.com.au.

Steven Smith is one of the best Test batsman in the world and England bowlers just could not crack the code to dismiss him cheaply in the Ashes 2019.

Smith is currently the number batsman in the ICC Test rankings as he has 911 rating points. The 31-year old right-hander has scored 7227 runs in 73 Test matches at an impressive average of 62.84. Smith hardly has any chink in his armour and it is a difficult job for the bowlers to get past him.

Smith has his own technique and he is known to give his best every time he turns out on the field. The talisman is the spine of the Australian batting and he has always been instrumental in the success of the team.

Smith will lead Rajasthan Royals in the upcoming IPL in the UAE from September 19. The right-hander will also be in action against India in the four-match Test series later in the year.