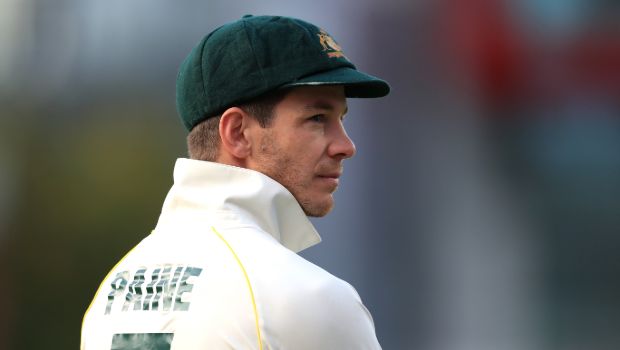 The Australian Test captain Tim Paine has quashed former skipper Michael Clarke’s remarks regarding Virat Kohli. Clarke had recently mentioned that the Australian players were too soft in the 2018-19 Test series against India.

The former right-hander had added that the Aussies were scared to sledge Virat Kohli and Co. due to their lucrative IPL contracts.

Meanwhile, Tim Paine, who has played only two Indian Premier League matches, doesn’t believe it was the case. Paine added that every Australian player was trying to give his best in that series.

In fact, it was Paine who had himself taken on Virat Kohli in the sledging battle. Paine had led from the front and he was absolutely brilliant with his banter. Paine’s cheeky comments from behind the stumps were also one of the highlights of the intense series between the two cricket powerhouses. Kohli was getting under the skin of the Australian players and Paine had led the charge.

In fact, there is no doubt that Australia were also handcuffed due to the ball tampering scandal and their every move on the field was closely monitored by all the pundits.

It is also known that Virat Kohli brings his best to the table when he is goaded by the opposition. Kohli is always looking for a battle on the field and it gets the better of him. Ergo, Paine added that it would not have been prudent to provoke Virat Kohli.

“I certainly didn’t notice too many people being that nice to Virat or not trying to get him out or anything like that. I thought everyone who had the ball in their hand or when we were batting were trying their absolute best to win the game for Australia,” ESPNcricinfo quoted Paine as saying.

“I’m not sure who was going easy on him; we certainly had a thing where we didn’t want to provoke any fight with him because we think that’s when he plays at his best,” he added.

Virat Kohli is known to take the bull by its horns and he hardly gives an inch to the opposition. On the other hand, Australia is always known to play the hard way and they have laid down the foundation of their cricketing culture on the same platform. However, the ball tampering scandal led to a change in a lot of things for Australian cricket.

Kohli didn’t have a great series with the bat in 2018-19 by his standards as he scored 282 runs in four Test matches and thus Australia were successful in keeping him quiet.