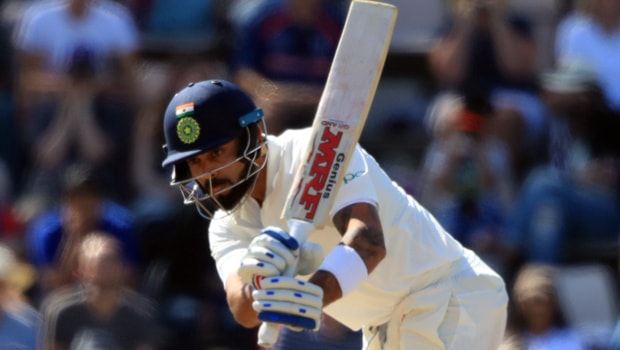 The Indian captain Virat Kohli has time and again put his weight behind the Test format. Kohli shared an Instagram post in which he wrote that nothing comes close to playing an intense game in the whites. Kohli showed his gratitude to have been able to play Test cricket for the national team.

Meanwhile, Virat Kohli made his Test debut on 20 June 2011 against the West Indies, but didn’t have an ideal start to his Test career. The Delhi right-hander returned with scores of four and 15 in his maiden Test match.

However, Kohli was soon able to impress with his abilities and he has been a consistent performer in the red-ball version of the game. The Indian captain is known to pay special importance to the pristine form of the game and he always wants to give his best in the multi-day format. Kohli has given value to the Test format and the same is evident by the way he talks about the oldest format in his press conferences.

Nothing comes close to playing an intense game in whites. What a blessing to be able to play test cricket for India. 🇮🇳💙

It is crucial that big players like Virat Kohli back Test cricket in the T20 era. There was also a talk of reducing the Test matches to four days but Kohli had stated that he would always want to play five-day Test matches and it is the ultimate form of the game.

A player is tested to the limits in the Test fold and one needs to have determination, resistance, class and stamina to survive in the Test matches. In fact, a player who performs at the top of his game in the traditional form of the game, is regarded in the top echelon in the garlands of the game.

Kohli plays with a lot of passion and it is palpable when he takes the field in the Indian whites. The Indian captain has thus far scored 7240 runs in 86 Test matches at an impressive average of 53.63 and he has scored 27 centuries including seven double tons. Furthermore, Kohli has scored runs in all the conditions after the 2014 debacle during the England tour.

Kohli’s Instagram post read as, “Nothing comes close to playing an intense game in whites. What a blessing to be able to play test cricket for India”.