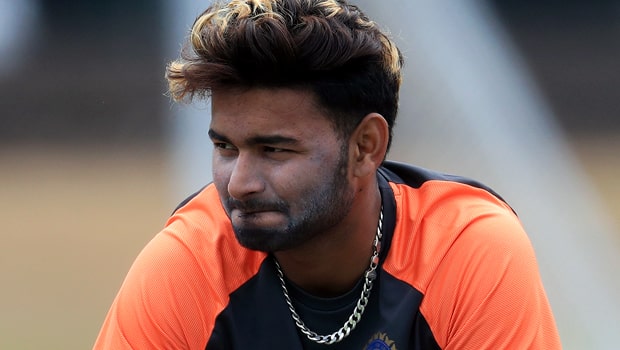 The Indian captain Virat Kohli has backed under-fire Rishabh Pant as he  stated that it would be wrong to single him out and the batting unit has failed collectively in the two-match Test series against New Zealand.

Pant was not included in the home season as Wriddhiman Saha was preferred because of his glovework. However, the Delhi-lad was the first choice keeper in the Test series against the Kiwis. But, the southpaw batsman failed to grab his chances as he could only manage 60 runs in the four innings at a paltry average of 15.

Pant could not show the right temperament with the bat as he failed to get going. The left-hander looked all at sea in the arduous New Zealand conditions and the hosts’ bowlers didn’t let him settle. But having said that, Pant was not the only Indian batter who struggled to find runs off his bat.

“You need to figure out when is the right time to give someone else a chance. If you push people too early, they can lose confidence,” Kohli said in the presser. “Collectively, we didn’t perform. I don’t believe in singling him (Rishabh) out. We take the hit together as a group whether it’s the batting group or as a team.”

“We have given him (Pant) a lot of chances in the home season as well starting from Australia. Then he was not playing for a bit. In turn he really worked hard on himself,” Kohli came to Pant’s defence after the series.

Kohli went on to add that nobody in the team takes their respective places for granted as they know the repercussions of bad performances. The Indian skipper added that the players have to earn their places and continue the hard work to keep their spots secure.

“I don’t see anyone taking his place for granted in this team. That’s the culture we have set. People are told to take responsibilities and work hard. Whether it happens or not is a different thing. Then you can have a conversation with the players,” he said.

“But no one has come here thinking I am going to play every game or I am indispensable,” he added.

Kohli revealed that Pant was preferred for his attacking batsmanship and the impact he can make while batting down the order. The youngster had impressed on the tour of England (2018) and Australia (2018-19) as he had scored centuries in each one of them but it wasn’t to be the case here in New Zealand.

“The time that he didn’t play, he really worked hard on his game. So we thought this is the right time because of his game and the way he plays because he can make a difference lower down the order.

“That was our plan behind it. We can’t really fluctuate when it comes to what we planned,” he added.

Rishabh Pant has received a lot of chances in the recent past and he would need to convert them to seal his place in the side. India will next host South Africa in a three-match ODI series, starting 12th of March.