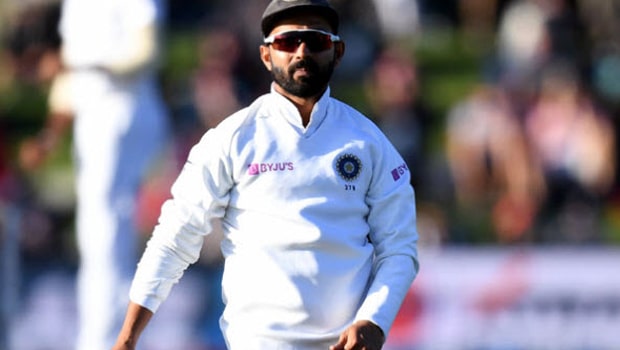 In the second innings of the second Test match, Rahane and Pujara were peppered with short stuff by the New Zealand fast bowlers and playing defensively was the need of the hour. But, Rahane decided to bail himself out of trouble and decided to play aggressively.

Ajinkya Rahane is well known for his temperament and he is the one of the most experienced batsmen in the side as he has played 65 Test matches. The right-hander could only score 91 runs in the series but it was more about batting out there and showing the stomach for the fight rather than just to give up with uncharacteristic attacking shots.

Kapil Dev was surprised to note Rahane’s approach in the second innings of the Christchurch Test match. The right-hander didn’t get behind the line of the ball and instead looked to pull it. Rahane could only manage to hit the ball back on his stumps and it was one of the worst shots he will ever play in his Test career.

“Ajinkya Rahane and Cheteshwar Pujara are the experienced ones. I would say Rahane’s performance hurt more,” Kapil Dev was quoted as saying by ABP News. “The way he got out, it didn’t seem like he’s the same player who has scored out of his skin in overseas conditions.”

“The way he struggled here, it seemed like the New Zealand bowlers knew how to trap him. Now Ajinkya Rahane has to do a lot of work because when your reputation goes, it takes a lot of time to comeback,” he added.

Ajinkya Rahane has always been one Indian batsman who has a better overseas average as compared to the home average. But Rahane also could not get going in the Test series against New Zealand. The Indian deputy will need to come up with a better performance and he will be seen in action on the Downunder tour later in the year.