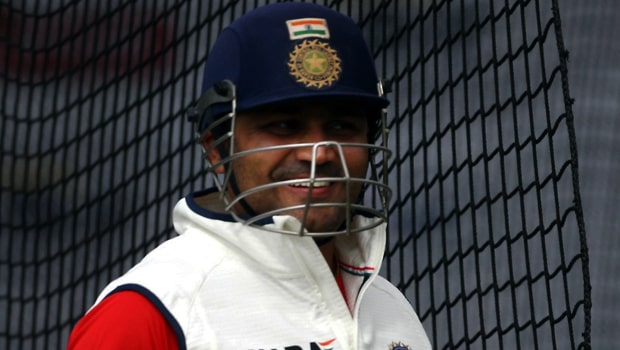 Former Indian opener Virender Sehwag has put his weight behind the Indian skipper Virat Kohli despite the dip in form. Sehwag believes Kohli has not had the rub of the green on his side. Virat Kohli had one of the worst tours of his career as he could only manage to score 38 runs at an horrendous average of 9.50.

There were technical glitches in Kohli’s game and the New Zealand bowlers were able to make the most of it. The Kiwis fast bowlers had a plan of drying up Kohli’s scoring areas and they were successful in executing it. In fact, the talisman batsman could get past the 50-run mark on a solitary occasion on the New Zealand tour.

However, Sehwag understands the current quagmire Virat Kohli finds himself in. The former pugnacious batsman added nothing goes your way when you are out of touch.

“When you are out of form, nothing works for you. It is not that Virat is not making efforts but luck has deserted him,” Sehwag was quoted as saying by Sportstar.
On the other hand, former Indian skipper Kapil Dev had recently said Kohli needs to work on his reflexes as they have got weak with age. However, Virender Sehwag thinks otherwise.

“Virat certainly doesn’t have hand-eye coordination issues. Your hand-eye issue deteriorates over a period of time. Not overnight. I am sure it is just lack of form. Also, he has got out to good deliveries.”

Sehwag added New Zealand conditions are not easy to bat as the ball moves off the pitch. The Delhi-based former batsman stated it is imperative to know where your off-stump is, which helps you in leaving the ball.

“Here (in New Zealand) the ball has seemed a lot and if you are not getting runs then the challenge multiplies. Of course, you can adapt, playing more on the front foot, by leaving the ball.
“For me, it is important to know which ball to leave and you can do that when you are feeling confident. The pressure also may have got to Virat,” he added.
In fact, Sehwag believes the best of the batsmen have gone through a dip in form. However, it is pivotal to back one’s strength whenever such a bad phase challenges you. Kohli has been a world-class batsman over the years and Sehwag added he will be soon back in form.

“Every player has to go through this phase. Sachin (Tendulkar), (Brian) Lara, (Steve) Smith have all experienced poor form. I faced and came out of it without compromising with my natural game. When countering difficult times, you have to be patient and back your instincts. I am sure Kohli will find his way back. He is too good to allow this bad patch to continue.”
Virat Kohli is well known to give his 120% on the field and he would be desperate to put paid to his recent batting woes. He will get his chance when India next take on the Proteas, from 12th of March in a three-match ODI series.