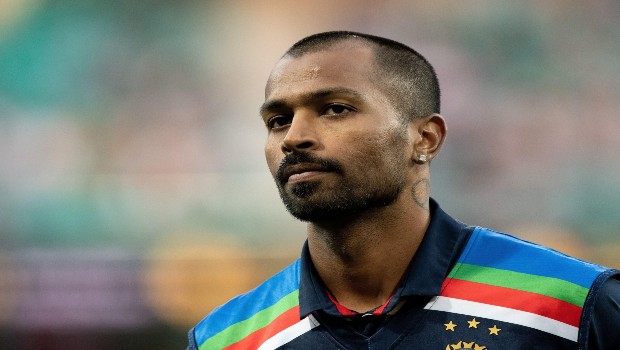 NZ vs IND 2022: As a captain, I want to give as much freedom as possible to players – Hardik Pandya

After leading India to a 1-0 series win against New Zealand, India’s interim captain Hardik Pandya stated that his plan is to give as much freedom as possible to his players in order to get the best out of them. After crashing out of the T20 World Cup in the semifinals, India is looking to start afresh in the shortest format of the game.

Pandya has been impressive as a leader after he took Gujarat Titans to glory in the IPL in his maiden season as a captain. He was also given the captaincy baton for the two-match T20I series against Ireland, in which the team won 2-0.

Meanwhile, the third and final T20I between India and New Zealand ended in a tie on the DLS score. New Zealand was bundled out for 160 runs while the visitors were 75-4 after nine overs and par with the DLS score before rain played a killjoy. Hardik Pandya played a key role as he scored an unbeaten knock of 30 runs off just 18 balls.

“In my view, as a captain, I want to give as much freedom as possible, the kind of culture where the player can go out there and play with freedom,” Hardik said at the post-match press conference on Tuesday (November 22). “It was there during the World Cup too. Obviously, there were things we couldn’t do better, those things got highlighted and we couldn’t win. But going forward, it would always be. We won’t play in a certain way. The attempt would be to enjoy the game, if you want to hit the first ball, we will always back and we will try to ensure that the players play with freedom.”

On the other hand, players like Sanju Samson and Umran Malik didn’t get their chances against New Zealand however Pandya revealed that every player will get their deserved opportunities in the future.

“What people are saying from outside, it doesn’t matter much at this level. This is my team, firstly. The coach and I will pick the team we feel is right,” he said. “There is a lot of time, everyone will get a chance, when one gets a chance, he will get a long run. If it was a longer series, if there were more matches, obviously opportunities would have been given. But when it is a short series, I don’t believe in chop and change and in future also, I wouldn’t believe.

“If they are sitting out… Sanju Samson, for example: we wanted to play him, but for whatever reason, we couldn’t. But I can get into their shoes and understand how they are feeling. As a cricketer, it is difficult, whatever one might say. You are in the Indian team, but you are not getting a chance in the XI, so that’s difficult. At the end of the day, I can say whatever I want, but those will just be words. It will still be difficult for them to deal with. But if I can create a healthy environment, where the players can come and speak to me if they are feeling bad, or go and speak to the coach, if I remain the captain, I think it won’t be a problem. Because my nature is such that I make sure everyone is together.”

India will now take on New Zealand in the first ODI at Eden Park, Auckland on Friday.