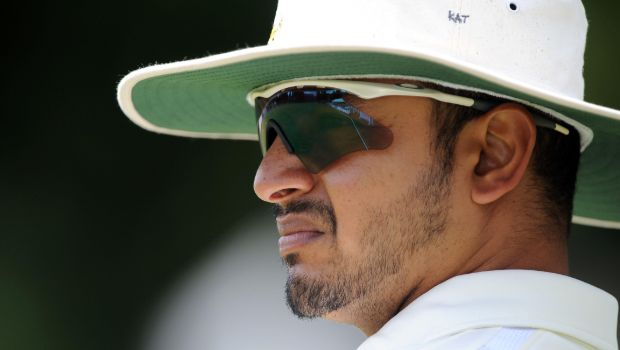 Former Indian spinner Murali Karthik believes it is tough on Sanju Samson as the right-hander doesn’t get consistent chances in playing XI. Samson was given his opportunity in the first ODI against New Zealand, in which he scored a decent knock of 36 runs but he was dropped in the second game as India wanted a bowling option in Deepak Hooda.

None of the top Indian batters can contribute with the ball and Samson had to take the brunt for it. Samson has scored 330 runs in 11 ODI matches at an average of 66 and a strike rate of 104.76 and thus there is no doubt that he deserves consistent chances in the final XI.

The Kerala batter is a treat to the eyes when he gets going and he has shown that he can be lethal while playing in the IPL.

“You want bowling options, unfortunately for India, the top-six that we have here, none of them bowl. And I said this before as well, it’s tough on Sanju Samson. We all keep talking about how good he is,” Karthik said on Prime Video.

Samson had also returned with unbeaten scores of 86, 20, and 2 against South Africa in the ODI series before the T20 World Cup.

“He (Samson) comes and gets a lovely score. He bats really well in the series against South Africa. Yes, the feeling is to keep him going and then that’s right. But now he misses out in spite of scoring runs in the previous game and you get Deepak Hooda to bowl, which is fine,” Kartik said.

“If you are picking him as a batter from the get-go and then getting him to bowl, that’s a different thing. But for him to come now and then the others to miss out. Look Shardul Thakur has been among the wickets. It’s a tough ask. I know VVS Laxman has got a lot on his plate, he is a fair man. With the squad of 14, this is what they have tried to do, given what happened in the previous game,” he added.

Sanju Samson would want to take his chances as Rishabh Pant has been struggling as a batter in the limited-overs format.

The third ODI between India and New Zealand will be played at Hagley Oval, Christchurch on Wednesday.