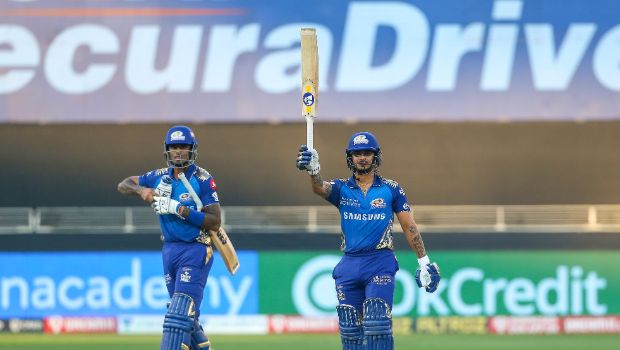 NZ vs IND 2022: It makes sense to give him a go – Wasim Jaffer on Ishan Kishan

Former Indian opener Wasim Jaffer believes it makes sense to give Ishan Kishan a go in the T20I series against New Zealand. Kishan was given the nod ahead of Shubman Gill in the second T20I against the Kiwis at the Bay Oval, Mount Maunganui.

The conditions were a bit difficult in the first six overs and Kishan looked a bit rusty. The left-hander scored 36 runs from 31 balls as he failed to time the ball. Kishan is known to score at a brisk strike rate but he could not hit the top gear against the New Zealand quicks.

Meanwhile, Kishan had performed consistently for India but he didn’t get his chances in the Asia Cup and the World Cup.

Wasim Jaffer told ESPNcricinfo: “Well it’s touch and go. I mean it’s between Shubman and Ishan. Because Ishan played T20Is before and did well, so it makes sense to give him a go. Nothing surprising there.”

On the other hand, Mohammed Siraj also played in the second game and did a good job for the team. Siraj scalped two wickets and conceded 24 runs in his quota of four overs. Jaffer feels India needs a pacer, who can consistently bowl above 140 kmph.

In fact, India was earlier backing Harshal Patel but the medium pacer was not given his chance in the T20 World Cup.

​​”Just because he (Harshal Patel) was in the World Cup squad. And before the World Cup, he was the man India wanted to bowl in the middle overs and suddenly (in) a few games he didn’t bowl well and gone out of the favour.”

“And Siraj has done well before the World Cup. In fact, we all thought that he would probably replace Bumrah (in the T20 WC squad). But Shami did. We need somebody to bowl at a little bit of pace.”

“Because you know Bhuvi (Bhuvneshwar Kumar) and Arshdeep can only bowl close to 130-132. So we need somebody to bowl close to 140 and which Siraj can do. He is at his best now and is improving day by day in T20 cricket as well. So no surprises there (in his selection).”

India had come up with a fine bowling performance in the second game as they had skittled out the opposition at 126 runs.