Home » Cricket » NZ vs IND, 3rd T20I: Rahul, Iyer and other key players to watch out for

NZ vs IND, 3rd T20I: Rahul, Iyer and other key players to watch out for 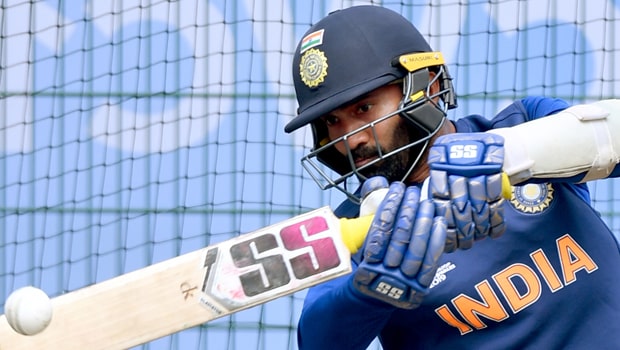 The third T20I of the five-match series between India and New Zealand at Hamilton is going to be quite crucial for the hosts as the visiting Indian side has gained a substantial lead by winning the first two matches.

They require just one more win to seal the series and, thus, the Kiwis will try their level best to make a comeback in this match. Hence, the role of some players is going to be quite important for both the sides. So let’s have a look at them and how they have performed in the series so far.

KL Rahul: He has grabbed all the opportunities that have come his way recently with both hands. Rahul has been in tremendous batting form of late and has already scored back-to-back fifties in this series, both of which have resulted in victories. He is the highest run-getter in the series so far with 113 runs to his name at an average of 113 and he has scored these runs at a swift rate of 146.75 as well. Moreover, he requires just 89 more runs to reach 1000 T20I runs as an opener and he would be eyeing all of them in this match.

Colin Munro: The left-handed kiwi opener has shown good form in the couple of matches so far. Although he looked rusty during his knock of just 25 in the previous match, he had made a stroke-filled 59 in the first T20I. Moreover, he has always been a performer against India. In fact, Munro is the highest run-getter in India-New Zealand T20Is with 333 runs to his name at an outstanding average and strike-rate of 41.62 and 153.45 respectively. He has three fifty-plus scores to his name against them, one of which is a century as well. So these numbers go on to tell how much he likes to bat against India.

10th T20I fifty for Colin Munro, only his second one in the last 10 innings!#NZvIND pic.twitter.com/Zibl0FmVdA

Ish Sodhi: He has been the only consistent bowler for New Zealand in the two matches so far. Sodhi has picked up three wickets in these two matches and has shown good control over the Indian batsmen. That explains why he is also the highest wicket-taker in India-New Zealand T20I history. The leg-spinner has taken 14 wickets in T20Is against India at a scintillating average and strike-rate of 17.64 and 13.2 respectively. New Zealand would need him to perform in the same way if they want to stand a chance of winning the third T20I.

Shreyas Iyer: Just like Rahul, Iyer has been in tremendous form in the series as well. He has played two match-winning knocks, the first one was a carnage as he plundered an unbeaten 56 off just 28 deliveries and the second one was a more controlled and composed knock as he made 44 off 33 deliveries to see India home safely. He has stamped his authority over the number four spot with these knocks and has made 216 runs at this position in T20Is so far at an excellent average of 54.