Home » Cricket » NZ vs IND ODI series: Rahul, Bennett and other key players to watch out for

NZ vs IND ODI series: Rahul, Bennett and other key players to watch out for 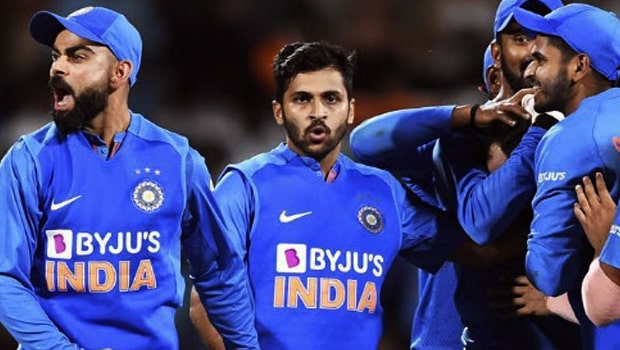 After whitewashing New Zealand in the recently concluded five-match T20I series, India will be eager to come up with a similar performance in the three-match ODI series starting on Wednesday as well.

But New Zealand will try their level best to turn their fortunes around and thus salvage their pride. And the fate of both the teams in this series will depend on the performances of some key players once again. So, let’s have a look at them.

KL Rahul: The Indian opener has been in superb form of late and he maintained that in the T20Is against the Kiwis as well. He was the highest run-getter in the five-match series having amassed a total of 224 runs at an excellent average of 56.00. These runs included two terrific fifties as well, both of which came in winning causes. Moreover, he has been playing a key role with the gloves behind the wickets too and he could be expected to do the same in this series as well.

Virat Kohli: The Indian skipper had quite an underwhelming series by his standards. He could not register a fifty in any of the four matches he played and was dismissed cheaply on three out of the four occasions. So, he will be hungry for runs in this ODI series. In fact, Kohli has a very good ODI record against New Zealand. He has 1303 ODI runs to his name against them at an outstanding average of 65.15. That includes five big centuries as well.

Hamish Bennett: The pacer is back in New Zealand’s limited-overs squad after a long time and he did well in the T20I series too. Bennett was the joint-highest wicket-taker for New Zealand during the series having picked up six wickets at a superb strike-rate of 19.0. Bennett has played 16 ODIs for New Zealand before as well and he has picked up 27 wickets in that at a staggering average and strike-rate of 23.00 and 26.5 respectively.

Ross Taylor: Apart from his fifty in the first match at Auckland, Taylor couldn’t do much in the rest of the T20I series against India that concluded recently. However, he would be eager to bring all his experience and skills into use as he gears up for the ODIs once again. Taylor has a good overall ODI record against India as well. He has 1191 runs to his name against them at a healthy average of 42.53. He is as strong as pace as he is against the spinners and, hence, Taylor’s role will be important in dealing with India’s rampaging bowling unit.