ODI: Rohit Sharma out of series against New Zealand 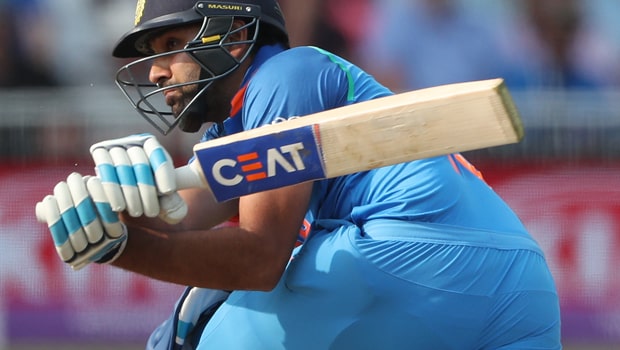 Rohit Sharma won’t be featuring in the upcoming ODI and Test series between India and New Zealand.

The vice-captain couldn’t complete the fifth T20 International in Mount Maunganui against the Kiwis due to a calf injury after scoring 60 off 41 balls in the match India won.

According to a top BCCI source, who told PTI on conditions of anonymity, the batsman his not looking good due to the injury, and the physio is assessing him.

The extent of the injury is yet to be known as at the time of filing this report. With this hint, Rohit won’t be able to take any further part in the series.

After winning the first five series 5-0, India will play three ODIs, which starts tomorrow, and two further Tests later in the week.

With the current development, Mayank Agarwal is likely to be drafted into the team as the reserve opener in the ODI format. This pecking order could be a repeat of the home ODIs against the West Indies.

Another top performer, Shubman Gill, who has had a double century in the ongoing A series Tests against New Zealand, is also back in the mix.

According to the source, once the secretary’s approval s received, the replacement will be announced.

Experienced batsman, KL Rahul, could be back in the team as well. Gill and Prithvi Shaw will fight for the White shirt in the reserve opener’s slot.

Rohit on Sunday looked to be in severe pain after physio Nitin Patel attended to him but still went ahead to smack a six off Ish Sodhi. The vice-captain had quit after the pain became unbearable.

It is indeed a  big blow to the Indian team after his magnificent performance across formats in 2019.

He continued fro where he left off last year with a match-winning effort first against Australia at home and two fine knocks in the recently concluded T20 International series against New Zealand.