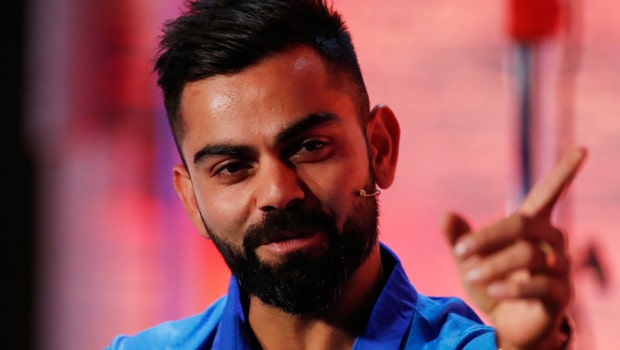 India captain Virat Kohli is still maintaining the top spot in ODIs from the latest ranking released by the International Cricket Council (ICC).

After failing to get a wicket in runs in the three-match ODI series against New Zealand, which was concluded on Tuesday, lead pacer, Jasprit Bumrah dropped down from the number spot in the ICC ODI rankings.

Although Kohli mustered just 75 runs in the three-match ODI series, which was lost by India, his fellow countryman, Rohit Sharma, who missed the New Zealand ODIs with an injury, occupies the second spot while New Zealand captain Ross Taylor also moved upwards by a spot occupying the fourth spot.

Bumrah also suffered the same fate in the ICC rankings for bowlers. The pacer has now been replaced by New Zealand’s Trent Boult in number one spot after below-par performance despite playing in all the three games against the Black Caps. With wicket-taking being an important part of the game, Bumrah was unable to make any impact and returned wicketless and conceded 167 runs in the 30 overs he bowled.

Afghanistan’s Mujeeb ur Rehman, Kagiso Rabada, and Pat Cummins are now behind him, occupying the third fourth, five, and the sixth spots.

Ravindra Jadeja also moved up three places in the all-round ranking to the seventh spot after scoring 63 runs in the two innings he batted in and also picked up two wickets.

Mohammad Nabi also made progress in the ranking by climbing up to number one spot in the all-rounders’ list dislodging top English player Ben Stokes who was rested for the recent South Africa ODIs. Stoke is now occupying the second spot.

In another development, India all-rounder Hardik Pandya looks to have overcome his back injury after undergoing surgery in the UK in October.

Although there has been a slight delay in returning to full fitness, he has started bowling at the National Cricket Academy (NCA) in Bengaluru. This is good news for India after the all-rounder returned from a check-up in the UK.

According to an NCA source in an interview with IANS, Pandya has started working on his bowling at the academy and will be available for selection soon.