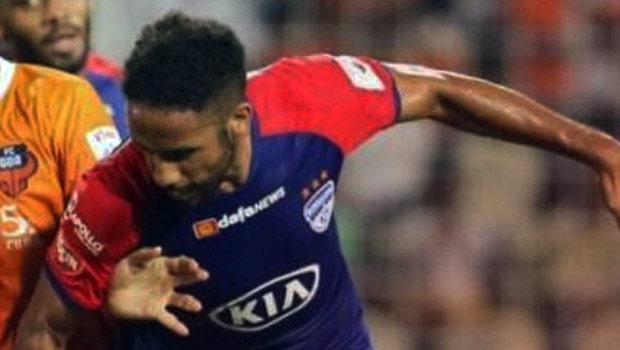 Indian Super League club Odisha FC have confirmed the signing of Spanish strike Manuel Onwu ahead of the seventh edition of the ISL 2020-21. The centre forward has penned down a one year deal with the club.

Meanwhile, Onwu had joined Bengaluru FC before the start of the ISL 2019 season. Subsequently, Onwu made a move to Odisha FC on loan and played at the top of his game till the end of the tournament. The 32-year old scored seven goals in the previous season.

Onwu had also scored a hat-trick against Kerala Blasters at the Kalinga stadium. Consequently, he would aim to continue his good form in the forthcoming season of the ISL.

Meanwhile, Onwu had made his La Liga debut for CA Osasuna in March 2012 after playing for their B team. Before playing for Bengaluru FC in the ISL, he was a part of Spanish club UCAM Murcia CF in the 2018-19 season of Segunda Division B.

Onwu made his senior debut while playing for CD Tudelano in 2006. Barring playing for different clubs in Spain and India, Onwu had also represented Georgian professional club FC Dinamo Tbilisi.

Odisha FC coach Stuart Baxter stated the team is delighted to have a player like Manuel Onwu on board and he would aim to make the most of his experience.

Head Coach Mr. Stuart Baxter commented, “Manuel continues his relationship with Odisha and we are pleased to add his type of player to the squad. He capped off last season with a flurry of goals and we hope that he will continue his form this season as well.”

On the other hand, Onwu is also excited to once again join the squad and deliver the goods for the team. Odisha FC had finished the previous season at the sixth place and had failed to qualify for the semifinals. Thus, the team would aim to turn the tables. The ISL 2020-21 season will begin from November 21.