One good IPL can change a player’s career – Vijay Shankar 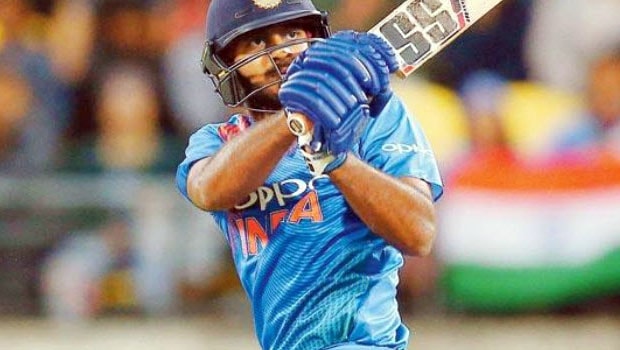 India’s out of favour all-rounder Vijay Shankar feels one good season of the Indian Premier League is good enough to change a player’s career. There have been many examples of players who have done well in the past in the IPL and then they have got the ticket to the Indian team.

The IPL provides the budding players with the platform on which they can play with and against one of the best in the business. Ergo, there are good opportunities to learn from the best players and coaches. Furthermore, the players can impress the national selectors with their skills set to make it to the national side.

Moreover, the players play in front of a jam-packed crowd and thus they get used to handling the crunch situations of the match. Subsequently, when they go on to represent India, they are more confident in tackling tricky situations.

However, there is no denying the fact that one good season of IPL is not good enough to permanently cement a player’s position in the side. The player needs to be on his toes and deliver the goods for the national side if he has to stay at the top level for a long time.

Thus, the IPL is that road which leads you to the Indian team provided you tick the right boxes during the journey.

Meanwhile, Vijay Shankar had last played in the Indian colours back in the ICC World Cup 2019 in the group stage match against West Indies. The right-hander had scored 14 runs in that match and then he was ruled out after he was hit on the toes while facing Jasprit Bumrah in the nets.

Shankar is also a bit frustrated that the IPL future is uncertain as he was looking forward to the event with all the zest.

“It (IPL) is an important tournament because it is the time you only play T20 for close to two months,” Shankar told The Hindu. “One good IPL can change a player’s career, and it is a bit frustrating [to miss out on it]. More than the selection, as players we just want to play cricket.”
The all-rounder has been in good form in the recent past and he has done well for Tamil Nadu in the domestic circuit. Shankar also had a good tour of New Zealand with the India A side as he scored 151 runs in five ODI matches.