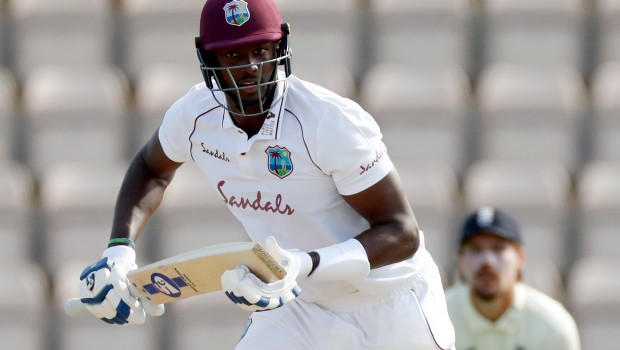 West Indies captain Jason Holder was delighted after his team outplayed England in the first Test match at Ageas Bowl, Southampton to win by four wickets. Holder, who scalped seven wickets in the Test match, hailed the team effort after their win. The West Indies captain stated that it is one of their best victories as a group.

In fact, not many had backed West Indies to win the first Test as they were the underdogs. However, the tourists played at the top of their game to stun England in the latter’s own backyard.

The visitors were on the backfoot when they lost three early wickets for 27 runs in their run chase of 200. However, Blackwood added 73 runs with Roston Chase to help West Indies get back into the contest. Blackwood went on to score a match-winning knock of 95 runs.

On the other hand, Holder feels the final session on the penultimate day of the Test match was huge for them. Ben Stokes and Zak Crawley were running away with the match but the Windies bowlers bounced back as they picked five wickets in the session to peg England back. Alazarri Joseph and Jason Holder got the wickets to get their team back on top and it was the defining moment of the Test match.

Speaking after the win at the post-match presentation ceremony, Holder said: “One of our best victories. Yesterday was the best day I had in Test cricket. All the bowlers toiled hard yesterday, and it was a hard-fought day of Test cricket. I don’t think any team knew. We had been sitting at home doing nothing. We had time to prepare, but you never know. John took a blow today, but hopefully he will come through. We knew what was at stake yesterday evening.

“We knew we had 98 overs, and we had to go to 7PM. Alzarri and I thought we would bowl till 6:30 and the other two would take over. It would’ve been difficult to push for a win if we didn’t bowl extremely well on a flat pitch.”

On the other hand, Jason Holder heaped praise on Shannon Gabriel and Jermaine Blackwood who played a big role in the team’s win. Gabriel took nine wickets in the match for 137 runs whereas Blackwood showed the resistance in the second innings to help his team get close to the tricky target.

It was a great performance from the West Indies and they have drawn first blood in the three-match Test series. The second Test match will take place at Old Trafford, Manchester from July 16 and the Windies will look to continue their good show going.