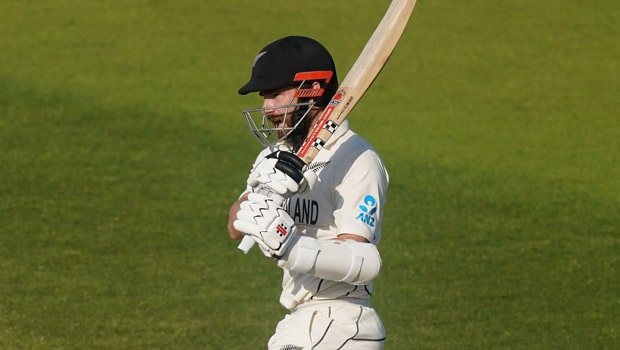 The Indian skipper Virat Kohli had stated that he was not in agreement with a one-off final after his team lost the WTC summit clash by eight wickets against New Zealand. Kohli had added that there should be a three-Test match series so that the other team gets a chance to come back after losing.

New Zealand captain Kane Williamson has now shed light on the same topic as he stated that a one-off final never tells the whole picture and the current Indian team is formidable. In fact, the Kiwis were able to beat the Indian team in all three Test matches they faced against them in the World Test Championship cycle (including the final).

Meanwhile, the Indian team has taken giant strides in the Test format. The pace battery of the team is one of the best in the world and they have delivered the goods in almost all the conditions. Furthermore, the batsmen have also done a fine job but they did let the team down in the big final.

“As we know, this Indian team is a formidable side. It’s a great side and we are proud to achieve a win in this match but it doesn’t take away anything from the fact that how strong they are and what quality they have.

“No doubt they will win plenty more, you know their quality. They are relentless, they have a pace attack which is best in the world, incredible spin bowlers and batting needs no mention. The depth that they have created,” Williamson waxed eloquent.

Williamson added that the early wickets of Cheteshwar Pujara and Virat Kohli played a big role in New Zealand’s win on the final day. Both of India’s experienced batsmen were dismissed in quick succession, which put the team on the backfoot.

“It was great to take early wickets on that, that set up more chances of result on that day. India team counter-attacked after that and India had a fair shot too. Surface was offering to bowlers. It was intense for us,” the Balck caps skipper said.