Home » Cricket » “Only if you are in a good frame of mind you can perform well”: KL Rahul on how he rediscovered his form

“Only if you are in a good frame of mind you can perform well”: KL Rahul on how he rediscovered his form 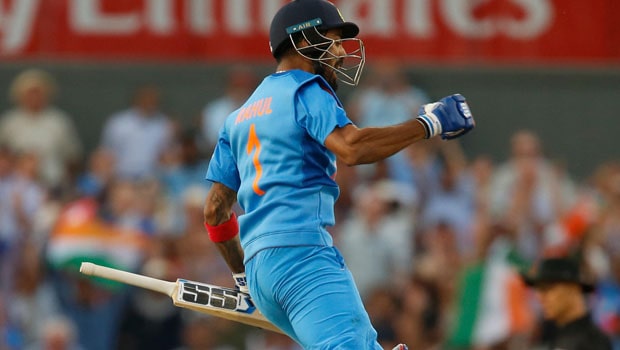 Speaking to the press ahead of the second ODI against England, KL Rahul revealed that a calm attitude serves him best. He also went on to add that this is something he picked up from seniors in the dressing room and it now comes to him naturally.

“Only if you are in a good frame of mind, you can perform well for the team. This is something that I have learnt over the years. I have learnt from my seniors in the Indian team how to stay balanced. I am not so expressive, but that doesn’t mean that I am not passionate. People think that I am not passionate or aggressive because I stay quiet and don’t express myself,” said Rahul.

The wicket-keeper batsman had a dismal T20I series against England. He just couldn’t get going at the Narendra Modi Stadium in Ahmedabad and recorded scores of 1, 0, 0, 14 in four matches. He looked completely out of sorts in the shortest format but KL Rahul managed to bounce back strongly with a resolute performance in the opening ODI of the three-match series against England.

He went on to score 62 from just 43 deliveries and it was his partnership with Krunal Pandya that helped India post a total of 317 runs. His innings included 4 fours and 4 sixes and had a strike rate of 144.19. He went on to reveal that allowing himself to spend more time in the middle is what helped him regain his confidence.

“In the T20s as well I was looking to give myself time but didn’t work. Spending a little time in the middle helped. Having hit a couple of shots from the middle of the bat, the nerves were calmed down. Once you start thinking about the team and focus on the task at hand, things work out. Having spent some time in the middle, I got back the confidence,” Rahul added.

He also went on to accept that trying to forget what happened before and then coming back and performing is a big challenge. However, playing at number 5 in the ODI allowed him to spend more time in the middle that ultimately proved to be beneficial.