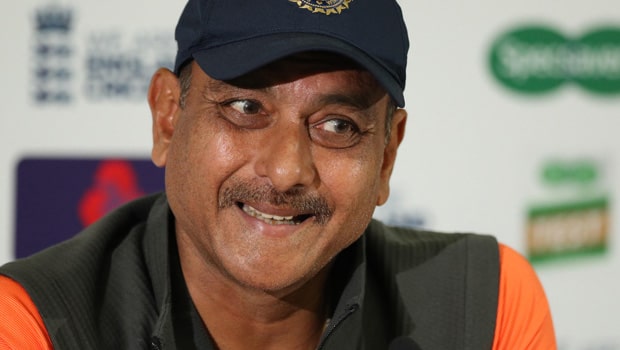 The Ravi Shastri era of Indian cricket ended with a victory against Namibia on Monday. Failing to show up in the first couple of matches against Pakistan and New Zealand, India’s World Cup campaign ended on a bittersweet note as they failed to make it past the Super 12 stage.

Although the team convincingly defeated Afghanistan, Scotland, and Namibia in their following three games, it brought little more than any consolation for the players and the fans. Thus, Ravi Shastri’s tenure as head coach of the Indian side came to an early end as he had already made it clear that this would be his last assignment in that role.

Ahead of the game against Namibia, Ian Bishop asked the outgoing coach about the biggest reasons that the team was taking from the disappointing tournament. Without thinking twice, Shastri said that his players needed rest and the constant cricket that they’ve played in bio-bubbles has deprived them of vigour and ‘X factor.’

“I think first of all it’s rest. See I am mentally drained by I expect that at my age. These guys are physically and mentally drained. You know six months in a bubble and we would have ideally liked a bigger gap between the IPL and the World Cup.

“It’s when the big games come and the pressure hits you. You are not that switched on as you should be. It’s not an excuse. We take defeat because we are not scared of losing. Because in trying to win, you will lose a game. Here we didn’t try to win because that X-factor was missing,” said Shastri. The 59-year-old is far from being the first person to speak about this openly. Virat Kohli, Jasprit Bumrah, and bowling coach Bharat Arun have also touched on this issue extensively during the World Cup.

To make matters worse, India will host New Zealand on home soil from November 17. That series, slated to begin immediately after the T20 World Cup will be the first assignment for newly appointed head coach Rahul Dravid. Shastri spoke highly of Dravid and believes that The Wall will raise the bar for Indian cricket. He also mentioned that Dravid is inheriting a great team.

“Absolutely. I think in Rahul Dravid they have got a guy, who, I would say has inherited a great team. And I think with his stature and with his experience, he can only raise the bar for this team in time to come because there are still a lot of players here who will play for another three-four years which is very important,” he concluded.