Pacers have played a pivotal role in India’s home domination 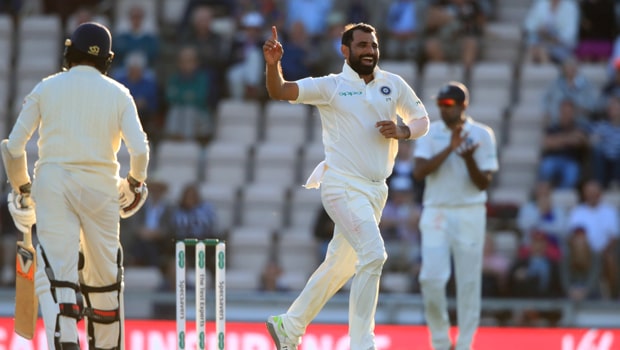 With the win over South Africa at Pune by an innings and 137 runs, India not only sealed the three-match series in their favour but also created the World Record for the most number of consecutive series victories at home (11). India broke Australia’s previous record of 10 straight series victories at home in the process which they achieved twice with the streaks coming to an end in the years 2000 and 2008 respectively.

The performance of the Indian spinners has been one of the major reasons behind such an astonishing success rate. After all, they have picked up 406 wickets during this period (since 2013) at an outstanding average and strike-rate of 22.60 and 51.6 respectively. None of the spinners from the other teams have been able to replicate these numbers. The next best are the Australian spinners with an average and strike-rate of 31.63 and 57.1 respectively. That sums up the wide gap between the quality of the Indian and the other spinners.

However, such an astounding success of the spinners have somewhat overshadowed the way the Indian pacers have performed at home during this time-frame.

Bowling average of Indian Pacers vs Opposition Pacers in India, since 2016

It is well known that the Indian wickets are not something the pacers enjoy bowling on. An average of 35.29 recorded by the South African pacers and a strike-rate of 69.8 by the Afghanistan pacers are the best figures recorded for the respective categories by overseas teams against India in India.

The Indian pacers, however, have fared far better in comparison having registered a superb average and strike-rate of 27.88 and 56.7 respectively in Test matches at home. These figures are somewhat close to that achieved by the Indian spinners and, thus, sum up how important a role the Indian pacers have played in making their team a force to be reckoned with at home.