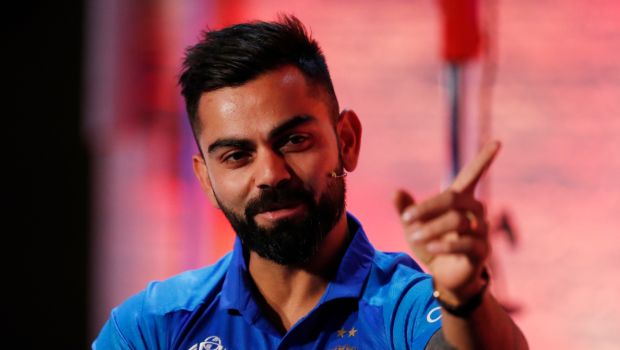 Kohli was chubby when he had come into the Indian team back in 2008. As Kohli wanted to be the best in the business, he knew that he needed to be the fittest in the cricket world.

The Indian skipper has also narrated the story that he once looked himself in the mirror and said to himself, ‘You can’t be this guy if you are to play International cricket for a long time’.

Subsequently, Kohli started working on his fitness and completely changed his diet. The Indian skipper hasn’t looked back since then and he has been able to reap the fruits for his top-class fitness. In fact, there is no doubt that the same has been rubbed to other Indian players.

Kohli is one of the most hard working players in the world and he likes to give his 120% whenever he takes the field. The talisman has come a long way in his career and fitness has been that ladder which has helped him reach the top of the game.

“I’m guessing one of the turning points came when Virat realised he was slightly overweight and only averagely fit, and that if he wanted to be one of the best in the world, he needed to also be one of the physically fittest in the world. This change in attitude around his fitness, was one of the turning points and taking him from a highly talented cricketer who was cruising along, to a highly talented cricketer who was genuinely delivering on his talent,” Upton told Times of India in an interview.

Virat Kohli is known to give his all and he has been instrumental in the success of the team over the years. Kohli also turned vegetarian back in 2018 on the England tour and he recently mentioned that it has helped him in further improving his fitness.

The Indian skipper is always hungry to do well for the team and the results have been palpable for the team. Kohli has scored 7240 runs in 86 Test matches at an average of 53.63 whereas he has amassed 11867 runs in 248 ODI matches at a staggering average of 59.34. The right-hander has already scored 70 International centuries and he has scored more than 21,000 runs in his International career.